Use it or lose it? Muscle memory found to persist longer than thought • Earth.com 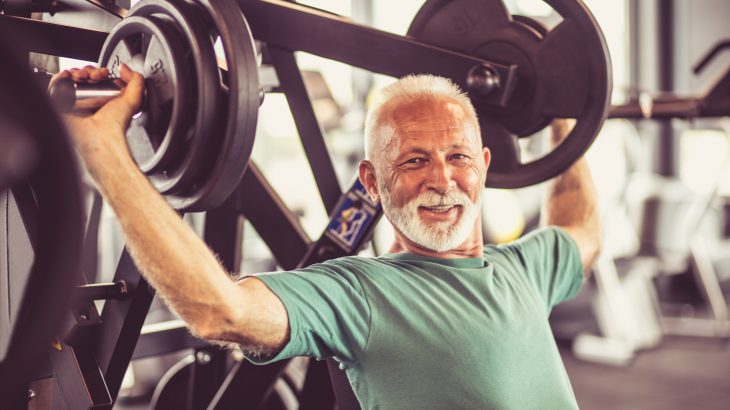 Use it or lose it? Muscle memory found to persist longer than thought

A new study has revealed that the cell control centers which regulate the development of muscle fibers persist even when our muscles shrink. The finding suggests that muscles we build in our teens may act as a type of reserve to help prevent frailty in old age.

The experts found that the cell control centers, or “nuclei,” that were gained earlier in life actually allow muscles to regrow faster and larger when they are retrained. The research contradicts the old saying “use it or lose it,” which implies that we lose muscles that are not maintained.

The biggest cells in our bodies are located in our muscles and are all fused together, forming a special type of tissue called syncytium that behaves like a single cell.

“Heart, bone and even placenta are built on these networks of cells,” said study co-author Professor Lawrence Schwartz from the University of Massachusetts. “But by far our biggest cells – and biggest syncytia – are our muscles.”

“Muscle growth is accompanied by the addition of new nuclei from stem cells to help meet the enhanced synthetic demands of larger muscle cells. This led to the assumption that a given nucleus controls a defined volume of cytoplasm – so that when a muscle shrinks or ‘atrophies’ due to disuse or disease, the number of myonuclei decreases.”

Experts have long speculated that atrophy induced by inactivity, injury, or paralysis leads to the disintegration of nuclei in muscle tissue. However, modern cell-type-specific dyes and genetic markers have shown that the nuclei some researchers assume are dying are actually just inflammatory

“Two independent studies – one in rodents and the other in insects – have demonstrated that nuclei are not lost from atrophying muscle fibers, and even remain after muscle death has been initiated,” said Professor Schwartz.

This means it is likely that once a nucleus has been acquired by a muscle fiber, it belongs to the muscle syncytium for life.

“Muscles get damaged during extreme exercise, and often have to weather changes in food availability and other environmental factors that lead to atrophy. They wouldn’t last very long giving up their nuclei in response to every one of these insults,” explained Professor Schwartz.

“It is well documented in the field of exercise physiology that it is far easier to reacquire a certain level of muscle fitness through exercise than it was to achieve it the first place, even if there has been a long intervening period of detraining. In other word, the phrase ‘use it or lose it’ might be more accurately articulated as ‘use it or lose it, until you work at it again.’”