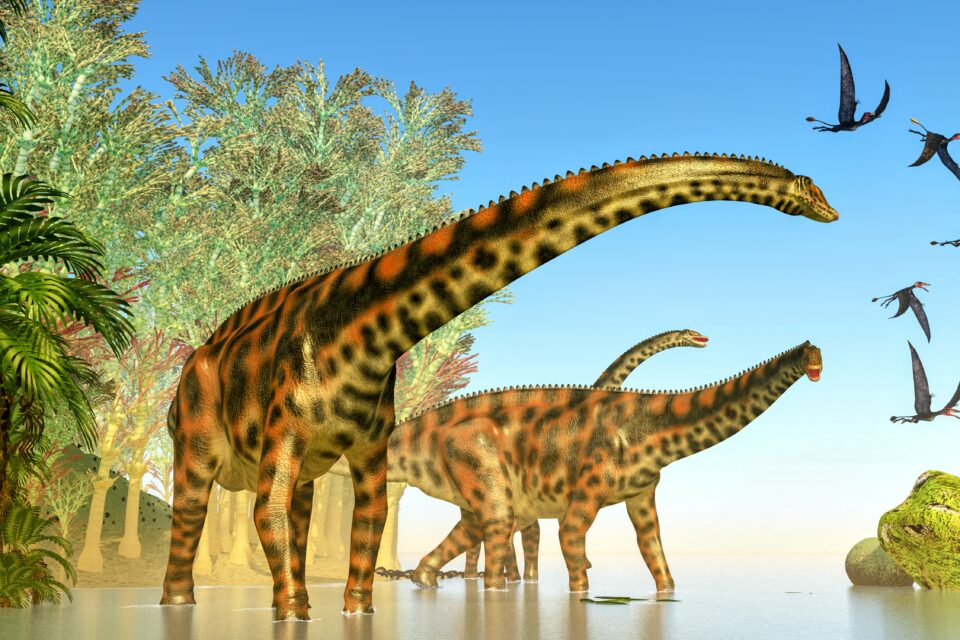 Thecodontosaurus was one of the first dinosaurs to evolve (around 205 million years ago) and one of the first to be discovered and formally described by scientists. Despite this long history, the small, bipedal dinosaur is still subject to exciting new research.

Part of the mystery of Thecodontosaurus is that this diminutive, bipedal dinosaur is the ancestor of the massive, quadrupedal sauropods. In a new paper published in Royal Society Open Science, researchers reconstructed Thecodontosaurus’ limb muscles. In reconstructing the muscle structure, the scientists were able to unlock the mystery of how small dinosaurs evolved into massive behemoths.

“The University of Bristol houses a huge collection of beautifully preserved Thecodontosaurus fossils that were discovered around Bristol,” said study lead author Antonio Ballell, a PhD student in the School of Earth Sciences. “The amazing thing about these fossilized bones is that many preserve the scars and rugosities that the limb musculature left on them with its attachment.”

Not only is especially good fossil preservation needed for musculature reconstruction, a close study on the muscle structure of living relatives is needed as well.

“In the case of dinosaurs, we have to look at modern crocodilians and birds, that form a group that we call archosaurs, meaning ‘ruling reptiles,’ said Ballell. “Dinosaurs are extinct members of this lineage, and due to evolutionary resemblance, we can compare the muscle anatomy in crocodiles and birds and study the scars that they leave on bones to identify and reconstruct the position of those muscles in dinosaurs.”

“These kinds of muscular reconstructions are fundamental to understand functional aspects of the life of extinct organisms,” said study co-author Professor Emily Rayfield. “We can use this information to simulate how these animals walked and ran with computational tools.”

The reconstruction of Thecodontosaurus paints the image of an agile dinosaur that used its forelimbs for grasping rather than walking. There are also hints of the musculature necessary for the massive sauropods that evolved later, even in this early dinosaur.

“From an evolutionary perspective, our study adds more pieces to the puzzle of how the locomotion and posture changed during the evolution of dinosaurs and in the line to the giant sauropods,” said study co-author Professor Mike Benton.

“How were limb muscles modified in the evolution of multi-ton quadrupeds from tiny bipeds? Reconstructing the limb muscles of Thecodontosaurus gives us new information of the early stages of that important evolutionary transition.”