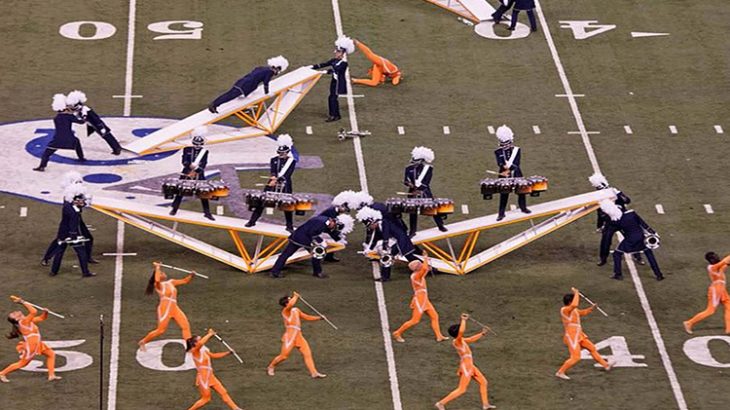 A new study that was focused on the perceptive skills of the world-class Bluecoats Drum and Bugle Corps has revealed that musicians have better visual timing than members of the color guard. The counterintuitive results confirm previous studies which demonstrate the remarkable results of cross-training the brain’s audio and visual systems.

The investigation was focused on an intensive five-week spring training program, during which a research team led by Nestor Matthews compared the ability of young adult Bluecoat percussionists, brass players, and color guard to detect the order of moving stimuli. The stimuli mimicked the visual displays created by the color guard.

The study design made it possible for the researchers to evaluate the effect of musical and visual training on visual timing, while controlling for experience and skill level.

The results of the study showed that percussionists performed the task with more accuracy and ease than brass players, who were found to perform better than the color guard. Taken together with findings from neuroimaging and brain stimulation research, this pattern suggests musical training shapes cortical areas responsible for synchronizing rhythm and behavior.

The fact that drummers and brass players are better able to judge the timing of visual stimuli than members of the color guard is a testament to the superior learning and memory skills that can result from conditioning the audio and visual components of the brain to work together.