Musicians’ brains respond differently to music depending on genre • Earth.com 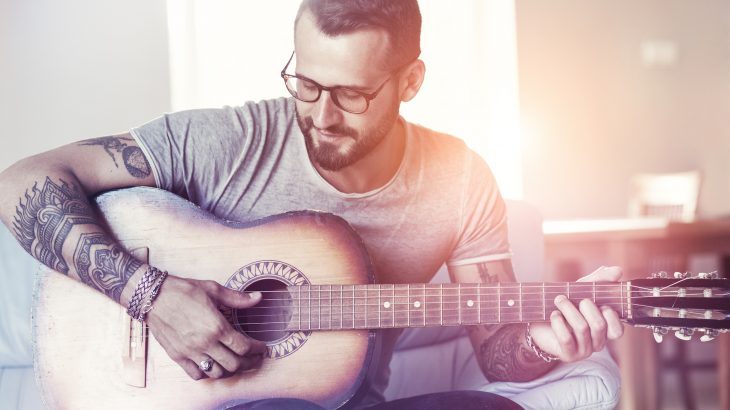 Musicians’ brains respond differently to music depending on genre

Musicians perceive sounds differently than the average person – a fact that likely doesn’t shock you in the least. But would you be surprised to hear that perception of sound varies between different types of musicians? A new study published in the journal Cerebral Cortex has found that there are noticeable differences between how the brains of guitarists and beatboxers respond to music.

“Most research in this area has focused on classically trained musicians, who have had extensive tuition from a very young age, but we found that professional beatboxers and guitarists also display neural patterns typical of these expert classical musicians,” says Dr. Saloni Krishnan, the study’s lead author who completed the research while at University College London.

The study involved 60 participants who listened to recordings of beatbox and guitar tunes. Half of the people were non-musicians, while the other half were professional beatboxers and guitarists with an average of 8-9 years of experience. Results showed that the sensorimotor brain areas – which control movement – were activated in the musicians’ brains, but this effect was not seen in non-musicians.

But an interesting distinction was found between the two musician groups. The activation of the sensorimotor brain areas was only seen when participants were listening to tracks from their own fields of interest. According to the researchers, this may mean that the brain is connecting movements associated with making that form of music while the musician is listening.

“We are excited by these findings because they indicate that experience of producing music changes the way we perceive it – perhaps explaining why professional musicians can hone in on technical expertise so easily to play complex pieces without having to think about each note,” explains Krishnan.

Additionally, the MRIs showed a spike in brain activity in a region connected to language tasks, such as reading or picture naming.

“We’ve identified a perceptual network which is engaged when you hear an instrument you can play, and which shows how acquiring this expertise has shaped your brain responses,” says senior author, Professor Sophie Scott. “There’s already a lot of evidence that music education is good for you – here’s an example of what it does to the brain.”