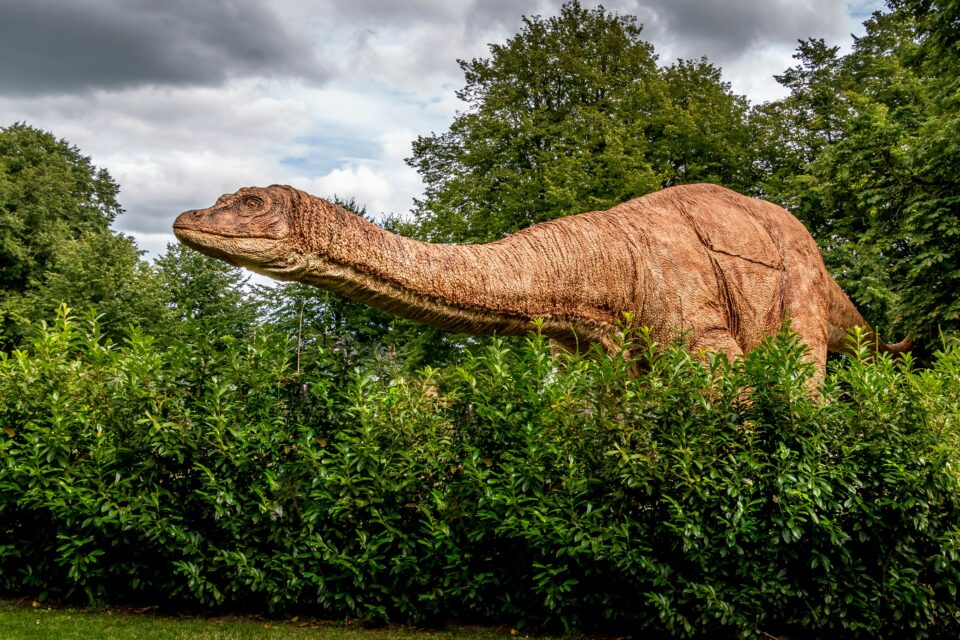 How did enormous dinosaurs like Brontosaurus carry so much weight on land? A new study led by the University of Queensland has finally solved this mystery. Using 3D modeling, the experts digitally reconstructed the foot bones of various sauropods to test their function.

Dr. Andréas Jannel conducted the research during his PhD studies at UQ’s Dinosaur Lab. He said the team discovered that the hind feet of sauropods had a soft tissue pad beneath the “heel” that added cushioning to absorb their immense weight.

“We’ve finally confirmed a long-suspected idea and we provide, for the first time, biomechanical evidence that a soft tissue pad – particularly in their back feet – would have played a crucial role in reducing locomotor pressures and bone stresses,” said Dr. Jannel. “It is mind-blowing to imagine that these giant creatures could have been able to support their own weight on land.”

It was once assumed that sauropods were semi-aquatic and that water buoyancy took literal tons of weight off their relatively small legs. This theory was contradicted in the mid-twentieth century when scientists analyzed sauropod tracks that were found in deposits on land.

Sauropods were also once believed to have feet similar to a modern-day elephant, noted study co-author Dr. Olga Panagiotopoulou of Monash University.

“Popular culture – think Jurassic Park or Walking with Dinosaurs – often depicts these behemoths with almost-cylindrical, thick, elephant-like feet,” said Dr. Panagiotopoulou. “But when it comes to their skeletal structure, elephants are actually ‘tip-toed’ on all four feet, whereas sauropods have different foot configurations in their front and back feet.”

“Sauropod’s front feet are more columnar-like, while they present more ‘wedge high heels’ at the back supported by a large soft tissue pad.”

This was because sauropods and elephants had different evolutionary origins, explained study co-author Professor Steve Salisbury.

“They were agile, two-legged herbivores and it was only later in their evolution that they walked on all fours. Crucially, the transition to becoming the largest land animals to walk the earth seems to have involved the adaptation of a heel pad.”