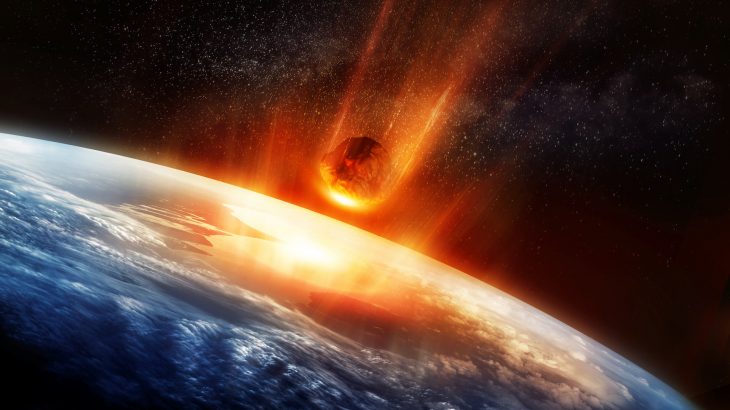 NASA Administrator Jim Bridenstine warned on Monday that collision with an asteroid large enough to destroy a U.S. state or a European country is a real possibility. At the Planetary Defense Conference in Washington, D.C., Bridenstine suggested that more action is needed to protect our planet from meteor crashes.

“We have to make sure that people understand that this is not about Hollywood, it’s not about movies,” said Bridenstine. “This is about ultimately protecting the only planet we know right now to host life, and that is the planet Earth.”

“We know for a fact that the dinosaurs did not have a space program. But we do, and we need to use it,” he added.

A meteorite that exploded over the Russian city of Chelyabinsk in 2013 injured more than 1,500 people and had 30 times the energy of the Hiroshima atomic bomb. According to Bridenstine, a much larger object approached the Earth just 16 hours later that failed to make an impact.

“I wish I could tell you that these events are exceptionally unique, but they are not,” said Bridenstine. “These events are not rare – they happen. It’s up to us to make sure that we are characterizing, detecting, tracking all of the near-Earth objects that could be a threat to the world.”

While scientific models predict that a meteor crash will only occur once every 60 years, Bridenstine pointed out that destructive meteorites have struck our planet three times in the last century.

In 2018, the White House released the National Near-Earth Object Preparedness Strategy and Action Plan, an 18-page document outlining the steps that NASA and the Federal Emergency Management Agency (FEMA) will take over the next decade to prevent dangerous asteroid strikes.

The action plan requires NASA to detect, track, and characterize 90 percent of near-Earth objects measuring 460 feet in diameter, but the agency is still working to meet that goal.

“We’re only about a third of the way there,” said Bridenstine. “We want more international partners that can join us in this effort. We want more systems on the face of the Earth that can detect and track these objects, and we want to be able to feed all of that data into one single operating system so that ultimately, we have the best, most accurate data that we can possibly get.” 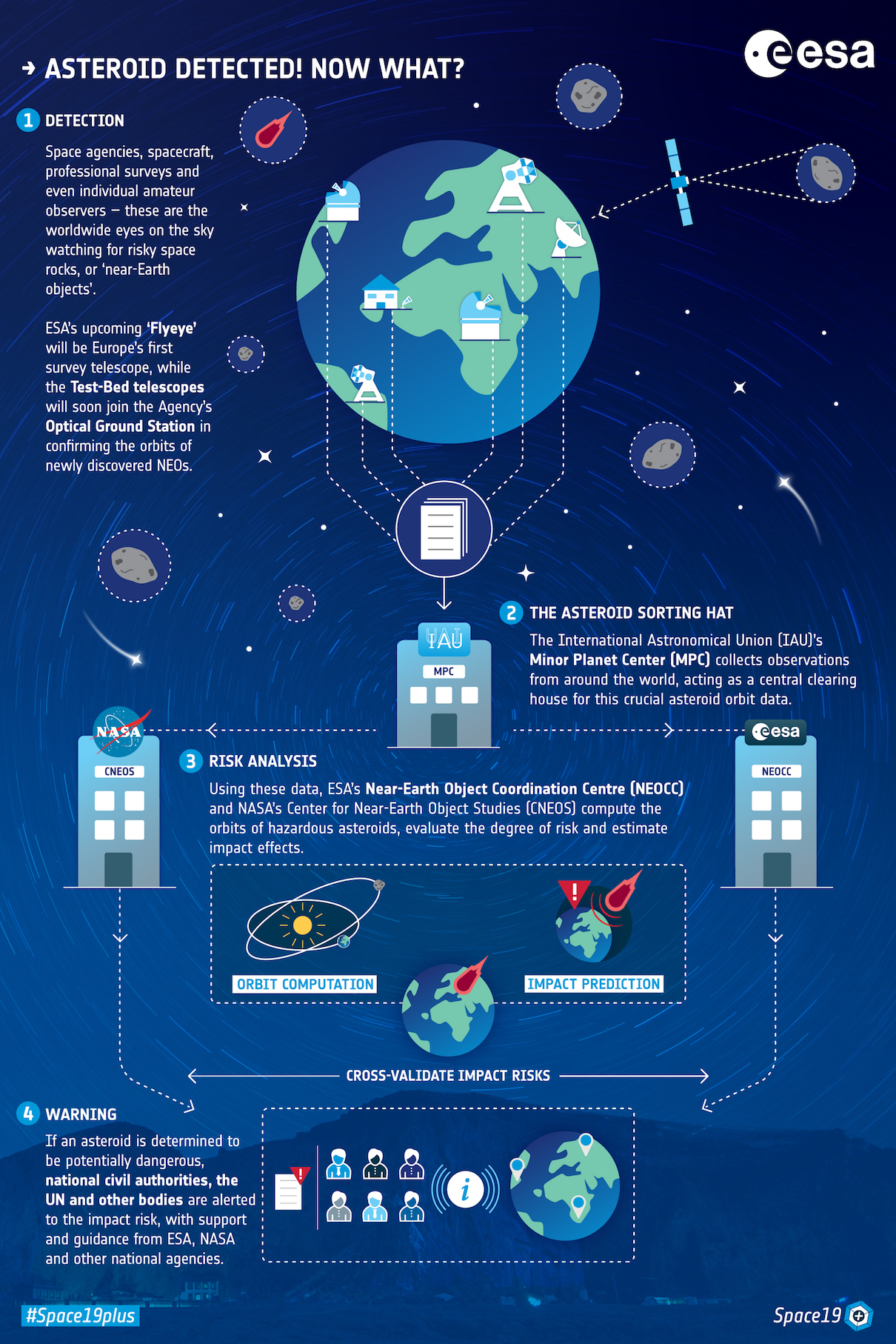 The flow of actions that would take place between global agencies and organizations, Image Credit: ESA