Asteroid diversion: Could projectile impacts be the answer? • Earth.com 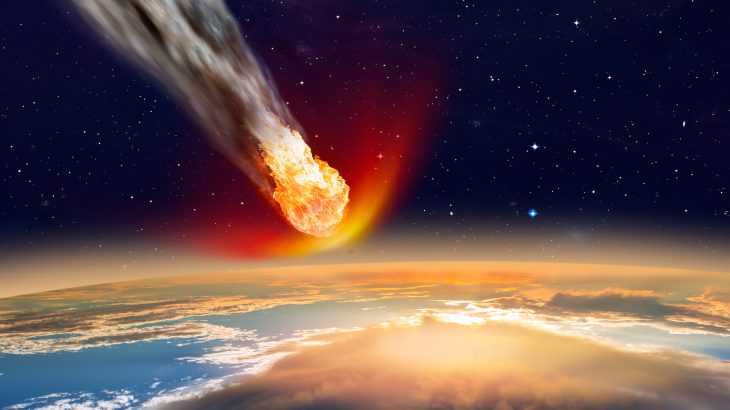 Asteroid diversion: Could projectile impacts be the answer?

The Earth’s surface contains many craters and scars left behind by asteroid impacts – although many of these are covered by water. In the billions of years since our planet’s formation, these asteroids have been on the offensive. But for the first time ever, humankind has taken the battle to the asteroids.

On April 5th, Japan’s Hayabusa2 spacecraft launched a 2.5-kg copper projectile at a speed of 2 km per second into the asteroid Ryugu. The objective was to form a crater in order to uncover subsurface material that will be brought back to Earth for analysis.

“We are expecting it to form a distinctive crater,” says Patrick Michel, CNRS Director of Research of France’s Côte d’Azur Observatory as well as co-investigator and interdisciplinary scientist on the Japanese mission. “But we don’t know for sure yet, because Hayabusa2 was moved around to the other side of Ryugu, for maximum safety.”

The low gravity on the asteroid leads the scientists to believe that most of the material dispersed by the impact would have gone out into space – but it’s also possible that lower-velocity debris might have gone into orbit around the asteroid and could pose a danger to the spacecraft.

“So the plan is to wait until this Thursday, 25 April, to go back and image the crater,” explains Michel. “We expect that very small fragments will meanwhile have their orbits disrupted by solar radiation pressure – the slow but persistent push of sunlight itself. In the meantime we’ve also been downloading images from a camera called DCAM3 that accompanied the SCI payload to see if it caught a glimpse of the crater and the early ejecta evolution.” 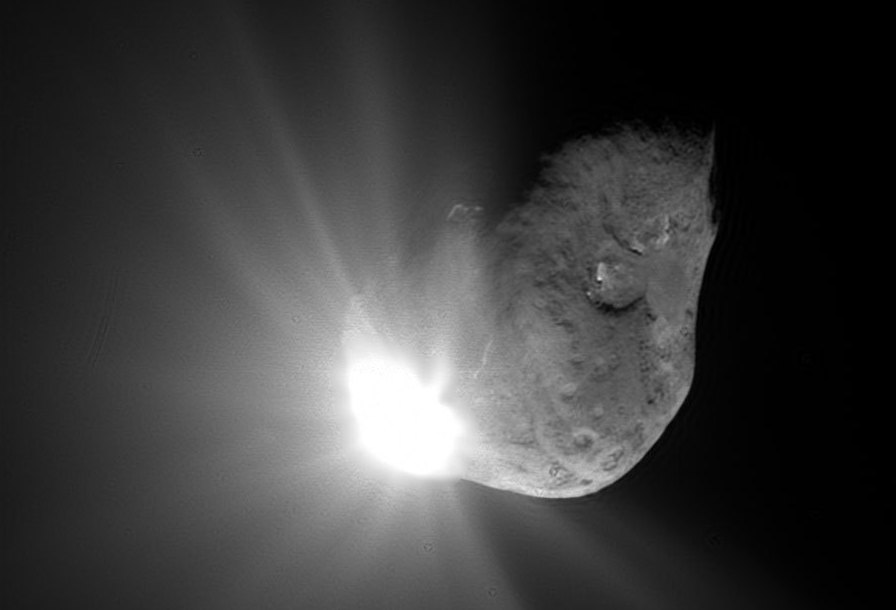 Simulations have projected that the crater will be about 2m in diameter, and should appear darker than the surrounding surface.

“For us this is an exciting first data point to compare with simulations,” says Michel. “But we have a much larger impact to look forward to in future, as part of the forthcoming double-spacecraft Asteroid Impact & Deflection Assessment (AIDA) mission.”

This ESA-backed Hera mission is planned for late 2022, and has the objective of creating an impact significant enough to divert the orbit of the 160 meter in diameter “Didymoon” asteroid.

“The actual relation between projectile size, speed and crater size in low gravity environments is still poorly understood,” Michel explains. “Having both SCI and Hera data on crater sizes in two different impact speed regimes will offer crucial insights. These scaling laws are also crucial on a practical basis, because they underpin how our calculations estimating the efficiency of asteroid deflection are made, taking into account the properties of the asteroid material as well as the impact velocity involved.”

The culmination of these two experiments could lead to a better understanding of asteroid deflection techniques – a potentially useful tool should a major asteroid ever be on a collision course with Earth. With this goal in mind, it would be an understatement to say that the entirety of our planet should be rooting for their success.