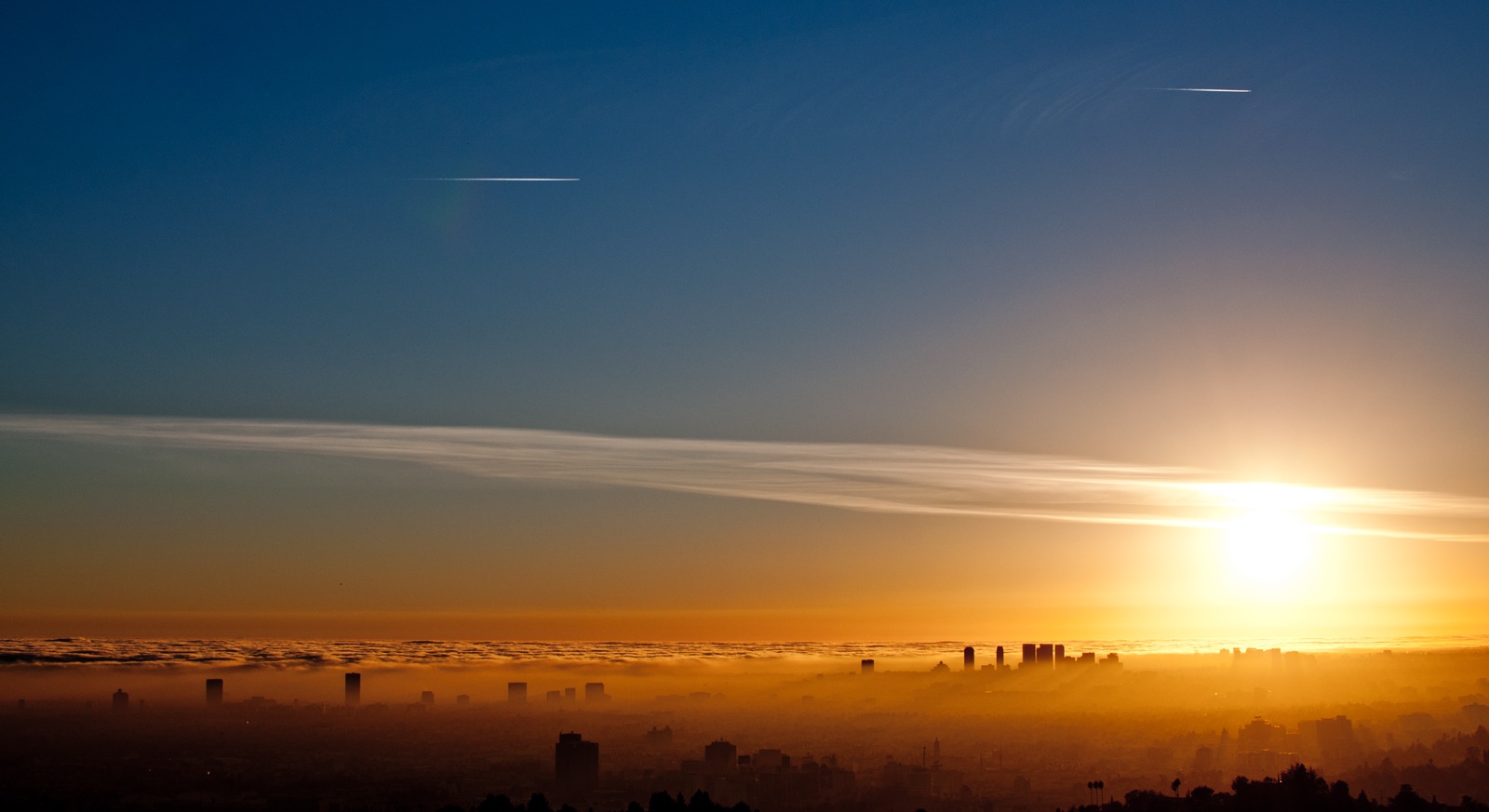 A new study finds that the western United States reduced its production of ozone-forming pollutants by a whopping 21 percent between 2005 and 2010, but ozone in the atmosphere above the region did not drop as expected in response. The reason: a combination of naturally occurring atmospheric processes and pollutants crossing the Pacific Ocean from China.

Scientists from the Netherlands and from NASA’s Jet Propulsion Laboratory, Pasadena, California, looked at ozone in the mid-troposphere, about 10,000 to 30,000 feet (3 to 9 kilometers) above ground level. Ozone is formed throughout the atmosphere by chemical reactions, and it travels through the atmosphere upward, downward and sideways — from ground level to many miles up into the stratosphere. In the mid-troposphere, ozone has a measurable greenhouse effect.

The researchers focused on ozone above eastern China and the western United States, using measurements of ozone and key ozone-forming pollutants from instruments on NASA’s Aura satellite, and a computer model of global atmospheric chemistry and weather. Their study covered 2005 through 2010.

The troposphere glows orange, the stratosphere appears pale pink, and upper layers of the atmosphere are lighter blue.

Over China, ozone increased about seven percent in the mid-troposphere. The researchers found two causes. First, Chinese emissions of ozone-forming pollutants increased 21 percent during these years. Second, an unusually large amount of ozone drifted down from the stratosphere as the result of several periodic, natural cycles, including an El Niño event in 2009-10.

At the same time, western U.S. emissions of ozone-forming pollutants decreased by 21 percent. The benefits of this large decrease will continue to accumulate for many years, like compound interest. By 2010, however, the decrease should have created a drop of more than two percent in mid-tropospheric ozone. Instead, there was no drop at all.

To quantify the impact of each cause, the scientists tested several scenarios with the atmospheric chemistry model. They used the NASA satellite measurements to set up accurate model simulations and to provide a reality check on the results.

In one model simulation, they held emissions from China constant at 2005 levels while allowing everything else (weather conditions, U.S. emissions, etc.) to evolve as in real life. The difference between West Coast ozone levels in this simulation and in the real world allowed them to quantify China’s contribution to offsetting western U.S. ozone progress at 43 percent. The remainder of the offset — 57 percent — was the result of a temporary uptick in the amount of stratospheric ozone descending to the mid-troposphere.

JPL scientist Jessica Neu, a coauthor of the paper, explained, “The large contribution from the stratosphere is part of a natural up-and-down cycle of upper-atmosphere winds. We know pretty well what will happen to the stratospheric contribution in the next few decades; it will continue to go up and down every two years or so. On the other hand, the contribution from China increased steadily throughout the study, and we don’t know what will happen to it in the future because it depends on human rather than natural factors.”

Neu noted that this is by no means the only case of emissions from one nation crossing borders to another, and in fact, China itself is on the receiving end of pollutants blowing in from India. “We focused on China because its emissions grew very rapidly during a period when there were good satellite observations of ozone available, making it much easier to see the tropospheric ozone response to changing emissions,” she said.

The lead author of the study is Willem Verstraeten, an atmospheric chemist at Wageningen University in the Netherlands, who is also affiliated with the Royal Netherlands Meteorological Institute in DeBilt.

NASA uses the vantage point of space to increase our understanding of our home planet, improve lives and safeguard our future. NASA develops new ways to observe and study Earth’s interconnected natural systems with long-term data records and shorter-term process-oriented studies. The agency freely shares this unique knowledge and works with institutions around the world to gain new insights into how our planet is changing.