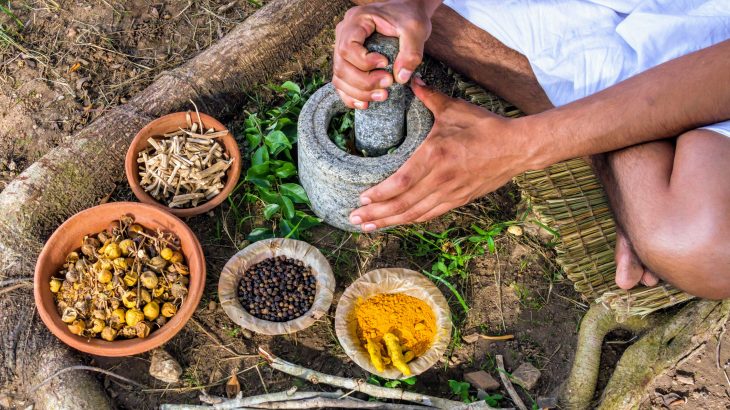 By gaining a better understanding of traditional Chinese medicine, conservationists will be more capable of protecting endangered animals like rhinos and tigers, according to a team of researchers led by the University of Queensland.

“The consumptive use of wildlife is often rooted in traditional beliefs and customs,” wrote the study authors. “Many people around the world rely on traditional forms of medicine for their health and wellbeing.”

Study lead author and phD candidate Hubert Cheung said efforts to shift entrenched values and beliefs about Chinese medicine are not achieving conservation gains in the short term. He explained that a better understanding of traditional practices was critical for conservationists to form more effective strategies.

“The use of endangered species in traditional Chinese medicine threatens species’ survival and is a challenge for conservationists. Pushing messages of inefficacy, providing various forms of scientific evidence or promoting biomedical alternatives doesn’t seem to be drastically influencing decisions and behaviors.”

Cheung pointed out that while many practices and treatments continue to be criticized for lacking scientific support, the World Health Organization approved the inclusion of traditional Chinese medicine in its global compendium of medical practices last year.

“The challenge now is for conservationists to work proactively with practitioners and others in the industry to find sustainable solutions,” said Cheung. “However, most conservation scientists and organizations are unfamiliar with traditional Chinese medicine, which makes it difficult to devise effective and culturally-nuanced interventions.”

In an effort to make traditional Chinese medicine more accessible, the researchers have examined the core theories and practices. They hope this study may influence policy and campaigning.

“Today, traditional Chinese medicine is formally integrated into China’s healthcare system, and has been central to China’s response to the ongoing pandemic,” said Cheung. “In fact, the Chinese government’s COVID-19 clinical guidance has included recommendations for the use of a product containing bear bile, which has raised concerns among conservation groups.”

According to study co-author Professor Hugh Possingham, traditional Chinese medicine is now not only entrenched in the social and cultural fabric of Chinese society, but also gaining users elsewhere.

“A better understanding of traditional Chinese medicine will empower conservationists to engage more constructively with stakeholders in this space,” said Professor Possingham.”We’re hoping that this work can help all parties develop more effective and lasting solutions for species threatened by medicinal use.”