One in 10 people have had near-death experiences, study finds • Earth.com 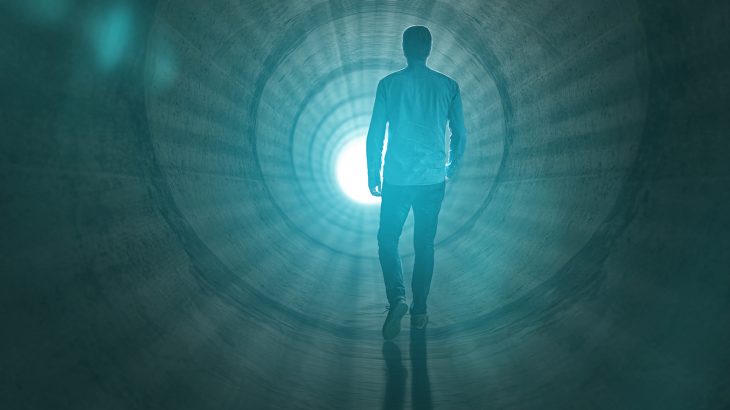 One in 10 people have had near-death experiences, study finds

According to a new study from Spink Health, 10% of people have had a “near-death” experience (NDE), where they experience spiritual and physical symptoms which may include out-of-body sensations, seeing or hearing hallucinations, racing thoughts, and time distortion.

A team of researchers from the Rigshospitalet, Copenhagen University Hospital, University of Copenhagen, the Center for Stroke Research, Berlin, and the Norwegian University of Technology, collected data on NDEs from 1,034 participants spanning 35 countries.

They found that NDEs are equally as common in those who are not in imminent danger of death as in those who have experienced actual life-threatening events like heart attacks, car crashes, near drowning, and/or combat situations.

Other participants reported feeling at total peace, being aware they were outside of their body, seeing a bright light at the end of a dark tunnel, having their ‘soul sucked out’, hearing angels singing, and seeing their life flashing before them.

And some said they were aware of another’s presence before they went to sleep — others even described the feeling of a demon sitting on their chest while they lay paralysed.

The researchers also saw an interesting link between NDEs and Rapid Eye Movement (REM) sleep, a phase of sleep during which the eyes move rapidly and the brain is as active as when the person is awake. It’s during REM sleep that a person has the most vivid dreams and sometimes one can experience temporary paralysis. If and when REM sleep intrudes into wakefulness, one can sometimes experience hallucinations and sleep paralysis.

“Our central finding is that we confirmed the association of near-death experiences with REM sleep intrusion,” said Dr. Daniel Kondziella, a neurologist at the University of Copenhagen. “Although association is not causality, identifying the physiological mechanisms behind REM sleep intrusion into wakefulness might advance our understanding of near-death experiences.”