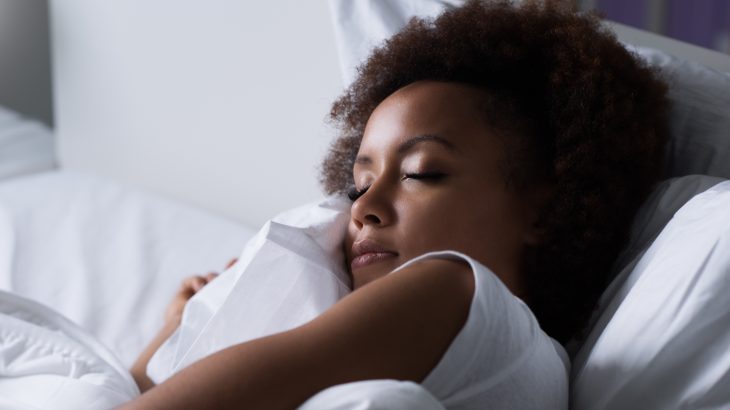 Researchers from Stanford University School of Medicine believe that neural sleep patterns developed in zebrafish ancestors more than 450 million years ago. Upon realizing that the zebrafish have sleep patterns analogous to those in humans, they now have a better understanding of the sleep-like state they enter into, and believe it’s similar to that of humans and other land mammals.

The researchers found that zebrafish they enter into one of two states, both similar to those of land mammals, reptiles, and birds — slow-wave sleep and paradoxical (rapid eye movement, REM) sleep. This is the first time these brain patterns have been recorded in fish.

“This moves the evolution of neural signatures of sleep back quite a few years,” said lead author of the study, published in Nature, and postdoctoral scholar Louis Leung, PhD.

To study the zebrafish, the research team assembled a benchtop fluorescent light-sheet microscope capable of full-fish-body imaging with single-cell resolution. Via this method of study, they were able to record the fish’s brain activity while the fish slept within an immobilizing agar solution. The team also observed the fish’s heart rate, eye movement, and muscle tone using a fluorescence-based polysomnography.

The researchers named the two sleep states the observed “slow-bursting sleep,” which is analogous to slow-wave sleep, and “propagating-wave sleep,” analogous to REM sleep. The fish did not move their eyes, as is usually found within REM sleep. However, the brain and muscle signatures were similar to REM tendencies.

The team also found that melanin, the hormone that controls the sleep-wake cycle, also affects fish the same way it does humans and other land mammals. And when in their sleep state, fish show similar characteristics to sleeping land mammals.

“They lose muscle tone, their heartbeat drops, they don’t respond to stimuli — the only real difference is a lack of rapid eye movement during REM sleep,” said senior author Philippe Mourrain, PhD, associate professor of psychiatry and behavioral sciences. He noted, however,  “The rapid movement of the eyes is not a good criterion of this state, and we prefer to call it paradoxical sleep, as the brain looks awake while one is asleep.”

Although these findings do not help conclude that all animals need sleep, it does show that sleep is needed among vertebrates and invertebrates. “It’s an essential function,” Mourrain said, “but we don’t know precisely what it does.”

More research will be done on zebrafish to better understand their neural sleep patterns, as well as our own.

“Because the fish neural signatures are in essence the same as ours, we can use information about them to generate new leads for drug trials,” Leung said. “As zebrafish are diurnal like humans, it’s perhaps more biologically accurate to compare fish sleep with humans’ for some aspects.”