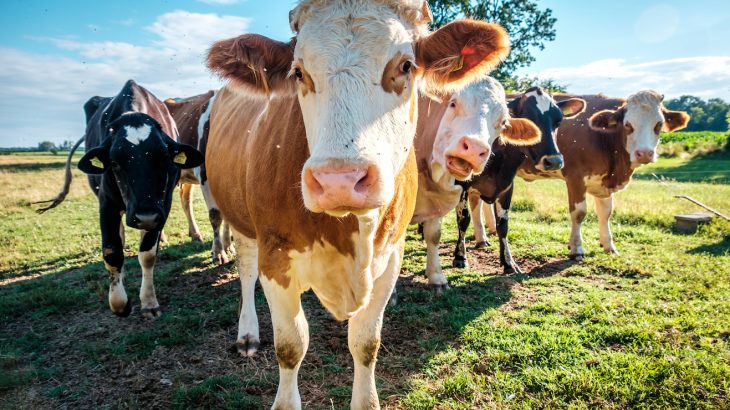 A Swiss company has developed a new feed that may help to reduce belching and flatulence in livestock. According to the researchers, cows burp and fart more than is necessary, and release harmful methane emissions in the process.

The new feed will help to offset these methane emissions and combat global warming. Anne Mottet is a livestock development officer at the U.N. Food and Agriculture Organization.

Mottet explained to Reuters: “The burps for the cows – it is more burps than farts – contribute about four percent of (all) greenhouse gas emissions.”

According to Agolin, the firm behind the innovation, one single cow produces the equivalent of about three tons of carbon dioxide per year. The company’s co-founder and managing director Kurt Schaller told Reuters that the specialized feed can reduce this amount by 10 percent.

“We sell our mixture for around 1 million cows per year. There are 25 to 28 million cows in the European Union, so it is a big percentage. That represents 300,000 tons of CO2 reduction today.”

The United Nations reports that livestock farming is responsible for as much as 18 percent of the greenhouse gas emissions that trigger global warming. In addition to combating climate change, Agolin says that trials have demonstrated that the product also helps to boost milk yield and feed efficiency, which are tangible payoffs for farmers.

“A farmer does not get a cent if he reduces his methane production,” said Agolin’s technical director Beatrice Zweifel. “That is starting to change a little bit, however, for example in California, where farmers must reduce their methane production by 40 percent.”

The firm’s website states that all of their recipes are “effective, easy to use, and safe.”
The feeds are made from spices, herbs, and botanical compounds that help to reduce gas while boosting gut health and milk production.