Scientists find new clues in the mystery of how life began on Earth • Earth.com 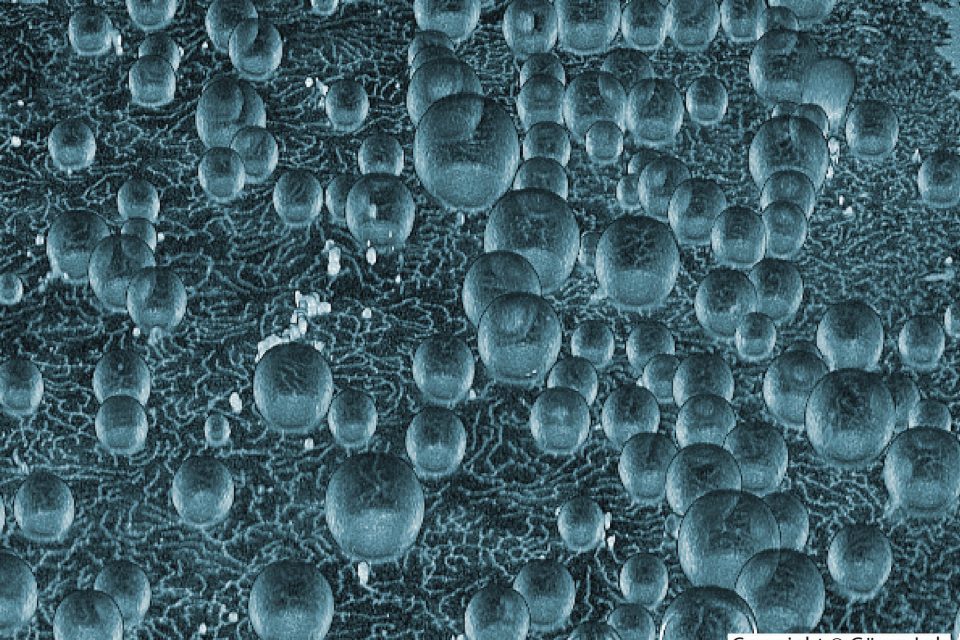 A study by experts at the University of Oslo is shedding new light on the spontaneous events that led to life on Earth. One of these events was the formation of compartments enclosed by lipid membranes. For the first time, the researchers have described how these vesicles manage to self-assemble on surfaces with no external assistance.

The team was initially focused on studying biomaterials, not the origins of life, when they discovered the most straightforward explanation for the formation of early life that has ever been introduced.

“We were actually trying to do another experiment and this came as a discovery,” said study co-author Irep Gözen. “The formation of lipid tubes and the emergence of thousands of vesicles was happening spontaneously when we left lipids on a silicon dioxide surface.”

The lipids in their experiment were similar to those in bacteria membranes that have water-loving heads and water-avoiding tails. Due to these preferences, the lipids spontaneously organize with their tails facing in and their heads facing out.

On a silicon dioxide surface, the lipids became sheets that contained layers of organized lipids. At some points the two layers would separate due to stickiness on the surface, causing the top layer to bulge out. This creates tubes and then round balls as they gain more lipids.

According to the researchers, the entire process is fully autonomous. The movement of liquid can cause these vesicles to detach from the surface and create protocells – just like those that are thought to be a critical step in the origin of life. “This is a new and novel means of compartmentalization,” said Gözen.

Silicone dioxide, or silica, is one of the most abundant minerals on the surface of the Earth. Fatty molecules could have easily existed in the early days of our planet, and a process similar to what has been described by the experts feasibly occurred.

“Our research may explain, for the first time, the details of self-directed transition from weakly organized lipids on solid surfaces to protocells with secluded internal contents,” said Gözen.

The research will be presented at the 63rd Biophysical Society Annual Meeting in Baltimore, Maryland.