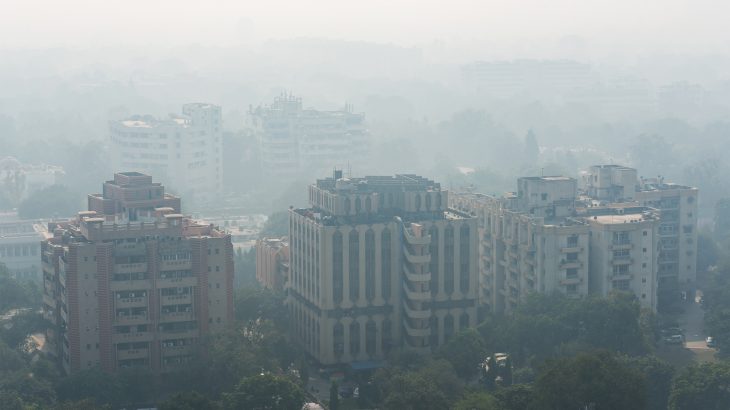 As New Delhi enters into its worst season for air pollution, an emergency action plan has been introduced that will outlaw many activities such as burning trash and the use of diesel-powered generators. The Graded Response Action Plan (GRAP) details what actions must be taken on day-to-day basis, depending on air pollution levels.

When the air quality is classified as “poor,” generators cannot be used, burning trash is prohibited, and extra police officers will help to direct traffic so that it runs more smoothly. In addition, road sweeping will take place more regularly.

As the air quality worsens, the new regulations under GRAP will become stricter. Some of the measures that will be implemented on days that the air quality is “very poor” or “severe” include: the impounding of polluting vehicles, parking fees will be tripled or quadrupled, bus services will become more frequent, and all construction activity will be temporarily halted.

The air quality is currently “poor” in New Delhi, but authorities have predicted that the city will reach the status of “very poor” this week.

NASA satellite images have shown that the burning of crop residue has substantially increased over the last ten days in Punjab and Haryana. This activity is a major contributor to air pollution in New Delhi each year, as the smoke mixes with fog and creates a toxic smog.

According to Dr. Harsh Vardhan, the Union environment and science minister, government scientists have set up a new system that will provide warnings about hazardous air conditions three days in advance. The warning system has been developed by experts of Harsh Vardhan’s Ministry of Earth Sciences in collaboration with researchers from the United States and Finland.

“Scientists from the Ministry of Earth Sciences have devised a strategy to further improve air quality projection across India,” said Dr. Vardhan. “We are now in a position to give warnings three days in advance about deteriorating air quality.”