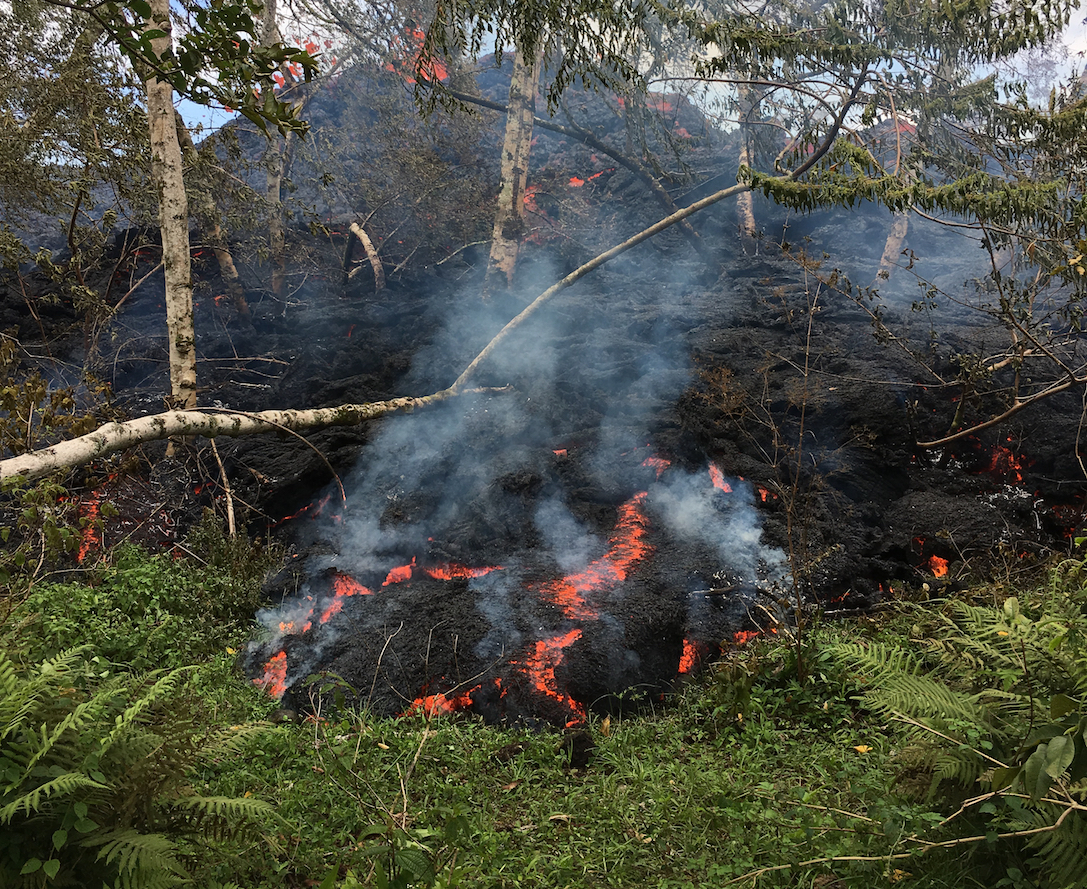 More residents of Hawaii’s Big Island were urged to evacuate after two more fissures opened up over the weekend, bumping up the total number of fissures from the Kilauea volcano to 18.

Lava from the new fissures spewed high into the air along with toxic gas, and the area continues to be impacted by earthquakes, including a 3.5 magnitude quake that struck the island on Saturday.

“Over the past 24 hours, the earthquakes have started rumbling again. … When I go out and check on some of the fissures, you can start to see where some of the sulphur deposits are building up, and where the lava rocks are starting to turn yellow,” Big Island resident Scott Wiggers told NPR.

The United States Geological Survey (USGS) has been keeping a close eye on the fissure system and volcano, issuing warnings to residents in the area.

“Activity was dominated by lava fountaining, explosion of spatter bombs hundreds of feet into the air, and several advancing lava flow lobes moving generally northeast from fissure 17,” the USGS said in their latest report.

Before fissure number 17, the 16th fissure had spilled lava into a field inching towards homes. The fissure was also close to the Puna Geothermal Venture plant where last week, plant workers removed gallons of flammable liquid after the plant was shut down.

According to CNN, 2,000 people have been evacuated so far, and community centers are being made available to serve shelters for families and their pets.

On Friday May 11th, President Trump declared a major disaster in Hawaii, opening up federal assistance to help with evacuation and recovery efforts.

With all the activity on near the volcano, concerns are still growing that Kilauea could soon explode, sending ash, steam, and giant boulders high into the air.