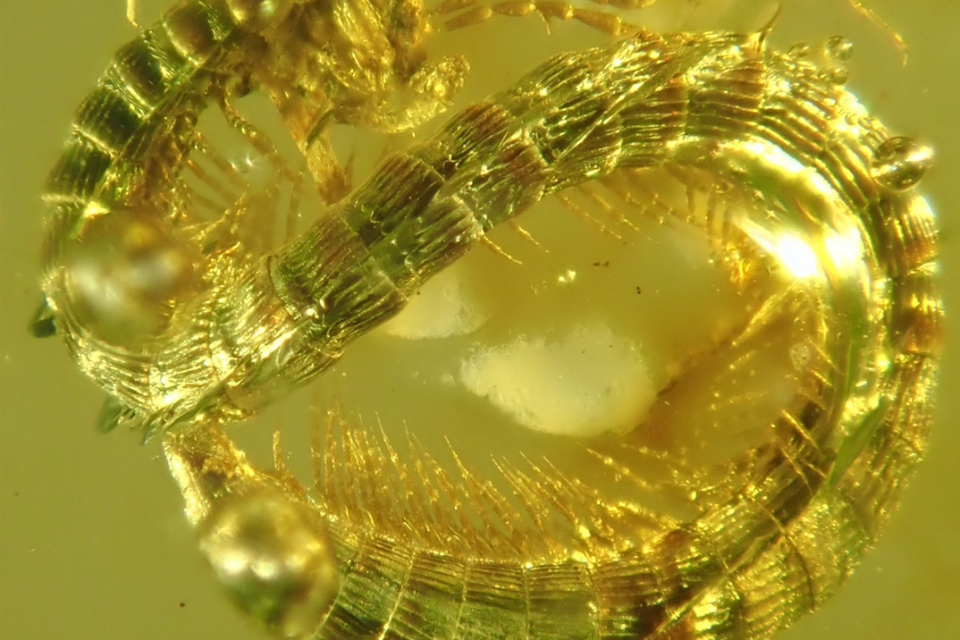 A tiny millipede was recently found in 99-million-year-old amber in Myanmar. Scientists have concluded that it is the first fossil millipede of the order Callipodida and, measuring only 8.2 millimeters in length, is also the smallest among its contemporary relatives.

A team led by Professor Pavel Stoev of the National Museum of Natural History found that the structure of the Cretaceous millipede was very different from that of its relatives. As a result, the researchers had to revise the current millipede classification and introduce a new suborder.

To analyze the new species, the scientists used 3D X-ray microscopy to “slice” through the specimen and observe minute details of its anatomy. The millipede is providing the experts with clues about the age of the order Callipodida, indicating that this group evolved at least 100 million years ago.

The specimen examined in the study was found among as many as 529 other millipede specimens in the same amber deposit, yet it was the sole representative of its order. The scientists named it Burmanopetalum inexpectatum, to represent the country where it was found and the word “unexpected” in Latin.

“We were so lucky to find this specimen so well preserved in amber! With the next-generation micro-computer tomography (micro-CT) and the associated image rendering and processing software, we are now able to reconstruct the whole animal and observe the tiniest morphological traits which are rarely preserved in fossils,” said Professor Stoev.

“This makes us confident that we have successfully compared its morphology with those of the extant millipedes. It came as a great surprise to us that this animal cannot be placed in the current millipede classification. Even though their general appearance have remained unchanged in the last 100 million years, as our planet underwent dramatic changes several times in this period, some morphological traits in Callipodida lineage have evolved significantly.” 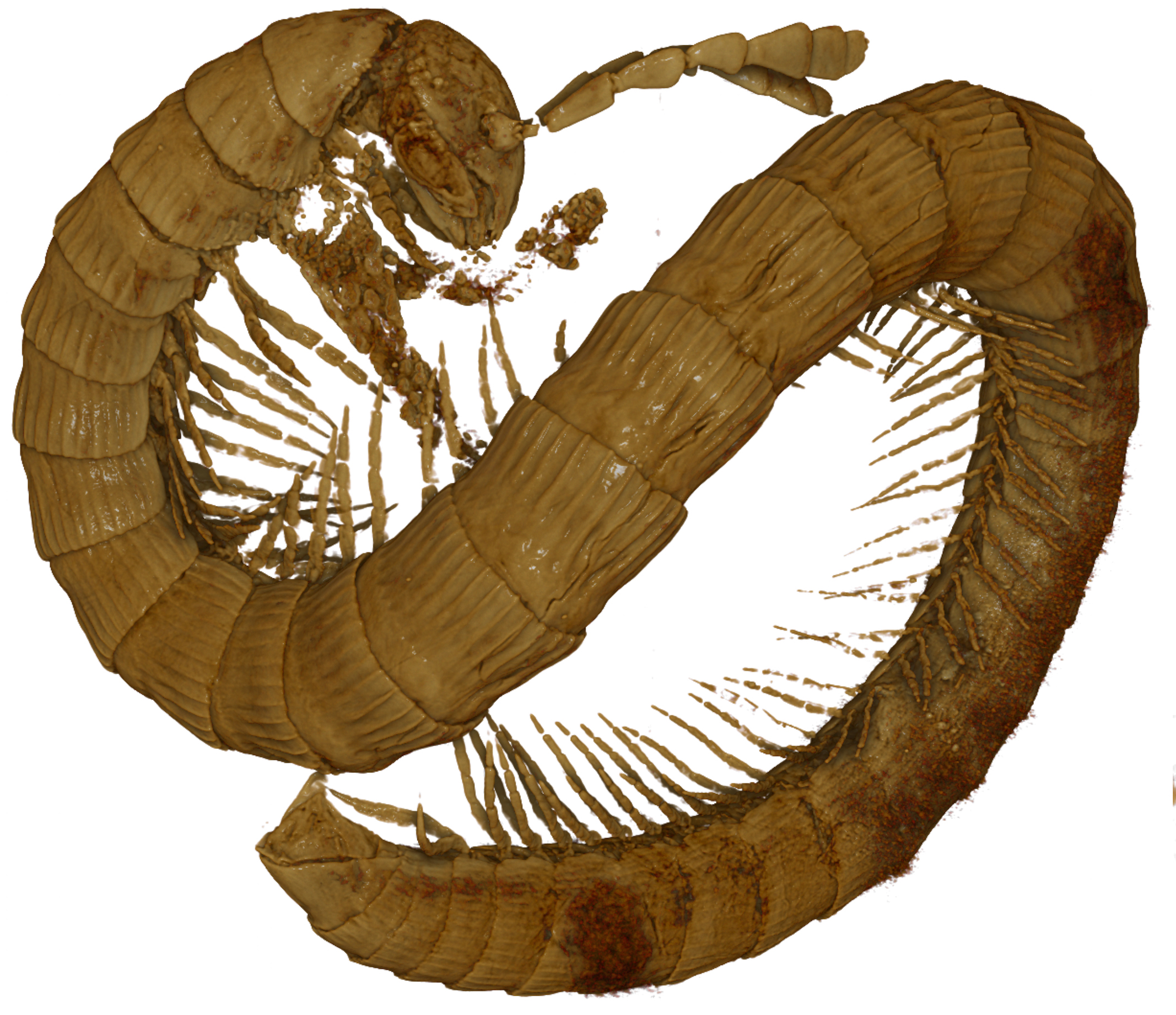 Dr. Greg Edgecombe of the Natural History Museum in London is a leading expert in the study of fossil arthropods.

“The entire Mesozoic Era – a span of 185 million years – has until now only been sampled for a dozen species of millipedes, but new findings from Burmese amber are rapidly changing the picture,” said Dr. Edgecombe. “In the past few years, nearly all of the 16 living orders of millipedes have been identified in this 99-million-year-old amber. The beautiful anatomical data presented by Stoev et al. show that Callipodida now join the club.”