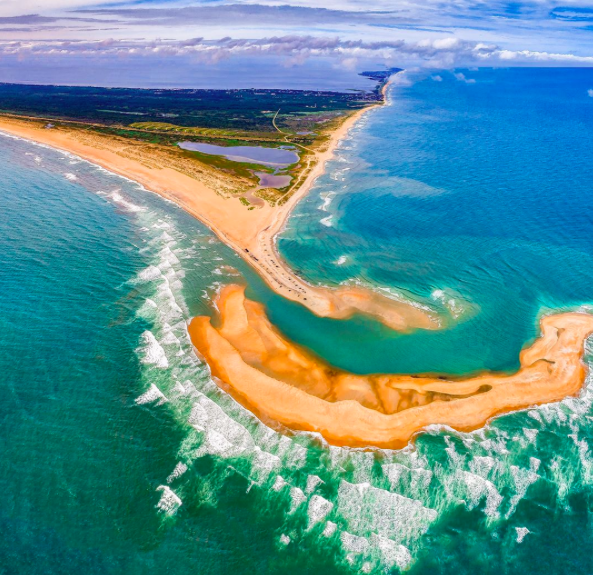 It is not unusual for patches of ground to emerge and then quickly subside, the story said. The area is home to some of the roughest seas in North America of swirling tides, hidden shoals, and harsh winds and is known to sailors as the Graveyard of the Atlantic.

This type of new formation is of a scale rarely seen on this scale. It is almost a mile long and nearly a football field across at its widest point.

“It’s a hoss,” says Danny Couch, a local historian, tour guide and and lifelong resident of nearby Hatteras Island told National Geographic. “Every 10 to 15 years we’ll get something that’s pretty dramatic. But this one is the largest one I’ve seen in my lifetime.”

The a new island is attracting national attention. There are whale bones and the ribs of old shipwrecks in island sands, the story said.

The seas separating it from the rest of Cape Hatteras National Seashore have brought in sand tiger sharks and “oceanic manta rays the size of car hoods,” Couch said.

“It’s unusually large compared to what we’ve been seeing in recent decades,” said Dave Hallac, superintendent of Cape Hatteras National Seashore and the Outer Banks Group. “But if you put this in geological perspective, it’s nothing really.”

The land mass could potentially disappear with the next storm.