New nuclear reactor design to be completed by 2025 • Earth.com 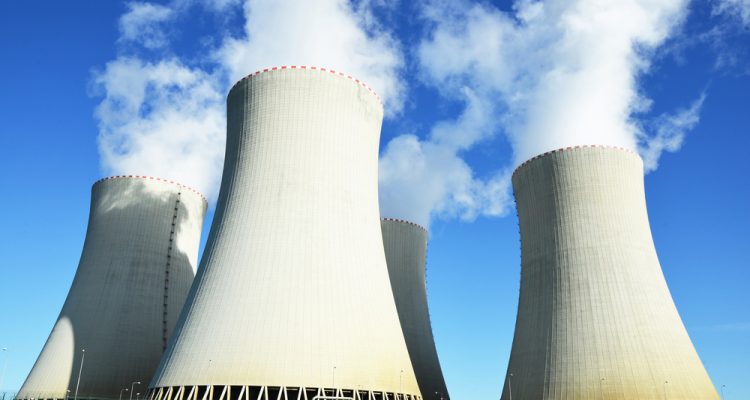 New nuclear reactor design to be completed by 2025

While “spherical tokamaks” may sound like tiny sea creatures or microscopic structures inside the human eye, they’re actually machines – and ones that may pave the way for a fossil-fuel-free future. The machines will be part of a new fusion reactor being developed by Tokamak Energy. They hope that the prototype of this ground-breaking new nuclear reactor will be completed by 2025.

The “spherical tokamaks,”  which Tokamak Energy say are the “fast route to fusion,” will set the new nuclear reactor apart from traditional ones that use “conventional tokamaks.” But what is a tokamak? The most developed magnetic confinement system, it’s at the heart of fusion reactor design.

Plasma contained inside a vacuum vessel within the tokamak is heated when a current shoots through it. Meanwhile, magnetic coils create horizontal and vertical fields that hold the plasma, as well as shape it. The heat from the plasma helps the fusion process occur, but additional heating is necessary to reach the scorching 100 million°C.

To get to that temperature, the plasma is further heated by injecting neutral hydrogen atoms. These are sent in at very high speeds before the magnetic field ionizes and traps them. External coils also create high-frequency currents in the plasma, with the frequencies being chosen to match regions of high energy-absorption.

For those who aren’t nuclear physicists, this means that tokamaks allow huge amounts of power to be transferred to plasma. The fusion reactor developed by Tokamak Energy is a fraction of the size of conventional nuclear reactors. This is because their technology uses high temperature superconducting (HTS) magnets that allow them to create high performance reactors that use less power and take up less space.

Their next project is an ST40 reactor which will reportedly heat plasma to a mind-blowing 15 million°C.