Astronauts discover a new species of crustaceans deep in an Italian cave • Earth.com 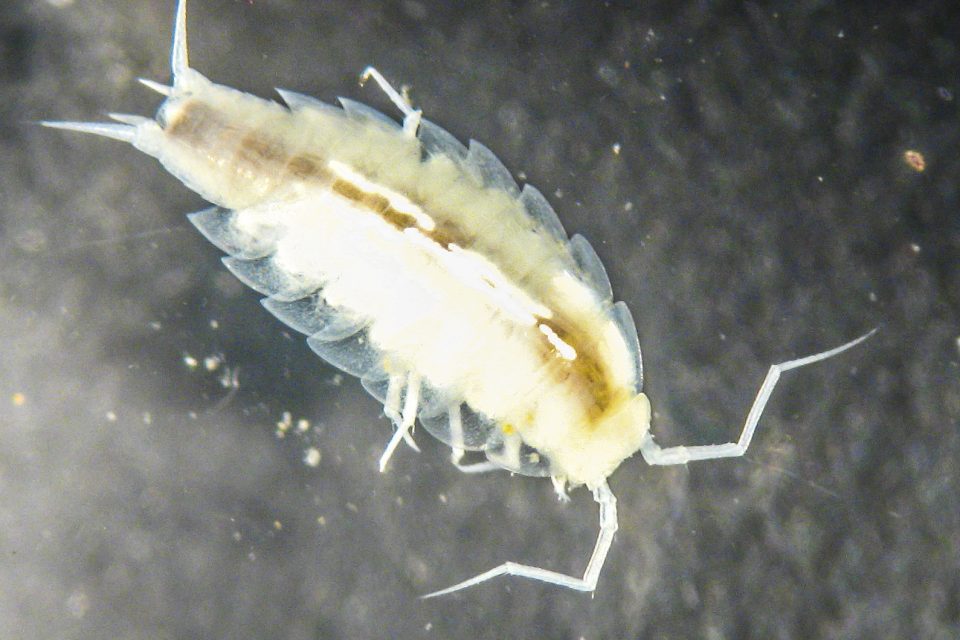 The Cooperative Adventure for Valuing and Exercising human behavior and performance Skills (CAVES) is a European Space Agency astronaut training course that takes place in a cave environment. One CAVES team has discovered a previously unknown species of crustaceans that once lived in the water, moved to land, and has now returned to the water again.

According to a report from ESA, the creatures are just under one centimeter long and belong to a group commonly known as woodlice. While most crustaceans such as shrimp live in the water, woodlice are the only group that can live on land.

Scientists have named the new species Alpioniscus Sideralis from the latin word for “stellar” in honor of the astronauts who spotted the blind, colorless creatures on the Italian island of Sardinia. The discovery was made during a 2012 CAVES expedition when the astronauts noticed the crustaceans in a small pond.

“I asked the astronauts to take some specimens. When we analyzed them under the microscope we quickly understood that they were an extraordinary type of aquatic species,” said zoologist Paolo Marcia from the University of Sassari.

During CAVES, astronauts and scientists collaborate to study terrestrial and aquatic fauna, and Marcia is responsible for the biology experiments. “Finding new species is not only crucial to understand these habitats, but also to protect them,” said Marcia.

The cave experience helps to train astronauts in alien worlds, placing them in situations that will prepare them for space exploration.

“I would like to think that when humans land on Mars and explore its caves, this experience will help them to look for other species knowing that life has few limits and can develop in the most inhospitable places.”

The research is published in the journal ZooKeys.
—
By Chrissy Sexton, Earth.com Staff Writer