Nigerian music drums can train your ears to pick out a ripe watermelon • Earth.com 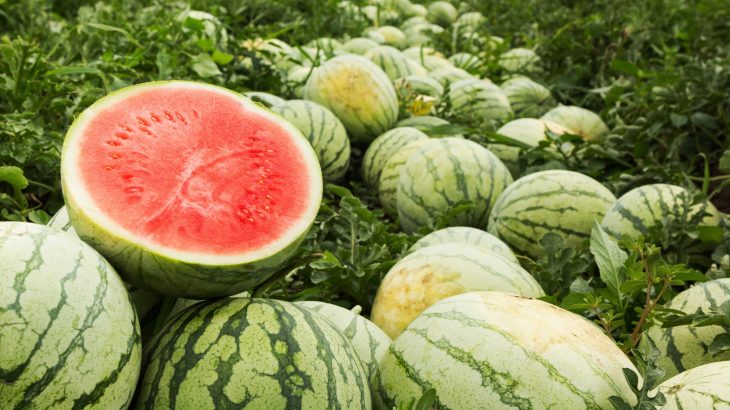 The fastest way to determine if a watermelon is ripe or not is by tapping on it. According to an international team of researchers, you can train your ears to pick up on the sound of a ripe watermelon by listening to traditional Nigerian music.

Stephen Onwubiko is a classically trained vocalist and an expert in African musical acoustics. He has identified a link between the sounds of fingers drumming on watermelons in the market and the sounds of drumming in traditional Nigerian music.

Onwubiko teamed up with physicist Tracianne Neilsen from Brigham Young University and music researcher Andrea Calilhanna from The University of Sydney to further examine the watermelon-drumming phenomenon.

“Most people don’t have much idea about the noises around them or how they affect them,” said Onwubiko. “Everyday experiences, even decision-making, are influenced by the sounds around us.”

In a field known as psychoacoustics, Onwubiko is studying how watermelon sellers and consumers in Nigeria perceive the drumming sounds. Meanwhile, Neilsen is analyzing the frequency spectrum of the traditional drum, the igba, and Calilhanna is working with a mathematical approach to music theory to quantify these sounds.

The team proposes that the pitch and rhythms of traditional Nigerian music provide the perfect ear-training for watermelon identification.

“The sounds of ripe and unripe watermelons are heard in traditional music. An African drum pattern is made from the same two sounds,” said Neilsen.

“People do not realize the amount of important information that is conveyed in the sound around us and how these sounds impact cultures,” said Calilhanna. “In order to preserve cultures, we need to analyze traditional sounds and their impact on everyday life experiences.”