Night owls are at a disadvantage when it comes to daytime performance • Earth.com 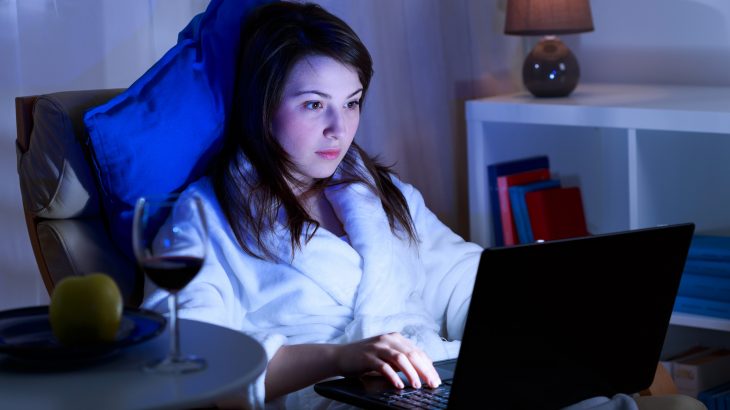 New research led by the University of Birmingham has revealed that people who naturally prefer to go to bed late and sleep in the next morning have lower brain connectivity compared to those who prefer to go to bed and wake up earlier. This weakened connectivity is associated with poorer attention and increased sleepiness during the typical work day.

The study was focused on individuals have an average bedtime of 2:30 a.m. and wake-up time of 10:15 a.m. Lower connectivity was identified in many regions of the brain that are linked to awareness and consciousness.

Previous studies have shown that there are huge negative health consequences for night shift workers due to the constant disruption to sleep and body clocks. However, disruption can also be caused by a schedule that does not coincide with an individual’s biological rhythms. Between 40 and 50 percent of the population report having a preference for later bedtimes, and the researchers say that much more research is needed to understand the negative health implications for this group.

“A huge number of people struggle to deliver their best performance during work or school hours they are not naturally suited to. There is a critical need to increase our understanding of these issues in order to minimize health risks in society, as well as maximize productivity,” said study lead author Dr. Elise Facer-Childs.

The researchers investigated the resting brain function of 38 individuals who were identified as either “night owls” or “morning larks” before testing their cognitive abilities. The testing sessions took place at different times of the day from 8am to 8pm, and the participants also reported on their levels of sleepiness.

Interestingly, the brain connectivity in the regions that could predict better performance and lower sleepiness was significantly higher in larks at all times, suggesting that the resting state brain connectivity of night owls is impaired throughout the entire day and evening.

“This mismatch between a person’s biological time and social time – which most of us have experienced in the form of jet lag – is a common issue for night owls trying to follow a normal working day. Our study is the first to show a potential intrinsic neuronal mechanism behind why ‘night owls’ may face cognitive disadvantages when being forced to fit into these constraints,” said Dr. Facer-Childs.

“To manage this, we need to get better at taking an individual’s personal body clock into account – particularly in the world of work. A typical day might last from 9am-5pm, but for a night owl, this could result in diminished performance during the morning, lower brain connectivity in regions linked to consciousness and increased daytime sleepiness. If, as a society, we could be more flexible about how we manage time we could go a long way towards maximising productivity and minimising health risks.”