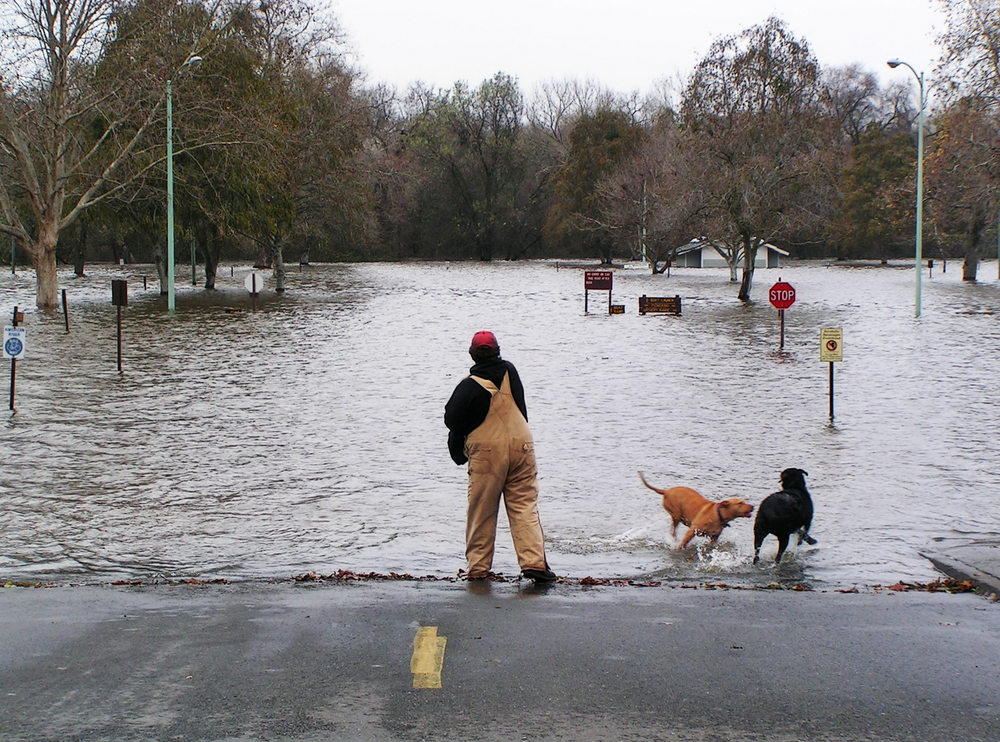 Northern California and Nevada residents can breathe a sigh of relief. The persistent drought that has plagued both regions appears to be over, for now.

The status change is thanks to a pineapple express. The atmospheric river that formed near Hawaii brought as much as 20 inches of rain to some locations over two weeks. It also added a huge amount of fluffy white snow to the snowpack in the Sierra Nevada mountains.

“The snow just won’t stop!” the Sacramento office of the National Weather Service tweeted, along with a 24-hour list of snowfall totals.

Some reservoirs were so full, authorities were releasing water ahead of another expected storm system next week.

Drought conditions were looking similarly cheerful – despite the rain – in Nevada.

“Bye bye Drought. Don’t let the door hit you on the way out,” the Reno office of the National Weather Service tweeted. An attached map from the U.S. Drought Monitor showed most of the state with normal rainfall, and nowhere with worse than moderate drought.

The bad news? The persistent drought in Southern California has continued, the National Weather Service tweeted.

The worse news? After six years of drought, the storms left a path of destruction in their wake.

Officials are investigating four deaths linked to the storms that barreled through the region. A number of Northern California farmers have reported stranded livestock, too.

The town of Guerneville was flooded by the Russian River, and other Sonoma County residents fled as the river continued to rise. The tiny Sacramento County town of Wilton had to be evacuated as the nearby Cosumnes River threatened to pour over levees.

The Sacramento Weir was opened for the first time since 2005, flooding agricultural fields around the city but relieving pressure on river levees. A tornado touched down north of Sacramento, in Natomas.

Blizzard warnings in the Sierra Nevada brought the risk of an avalanche near Lake Tahoe and shuttered several ski resorts.

And there’s more to come.

Storms should settle down in Northern California and Nevada for the next few days, but pick up again next week, according to the private forecasting firm Accuweather.com.

Another atmospheric river is expected to carry water along the jet stream all the way from Japan to Oregon and Northern California, meteorologists said.

“While all of the storms may not tap into tropical moisture, they will still have a long time to grab moisture from the northern Pacific,” Senior Meteorologist Bernie Rayno said.

Residents of California, Nevada, Oregon, and Washington should brace for floods and mudslides, meteorologists said. Northern California is most at risk for flooding.

Southern California is likely to catch some intermittent rain as well. It’s too early to predict when and how much the southern half of the state could see, Accuweather said, or whether it will put a dent in the area’s persistent drought.