The north pole is moving at a dangerous pace • Earth.com 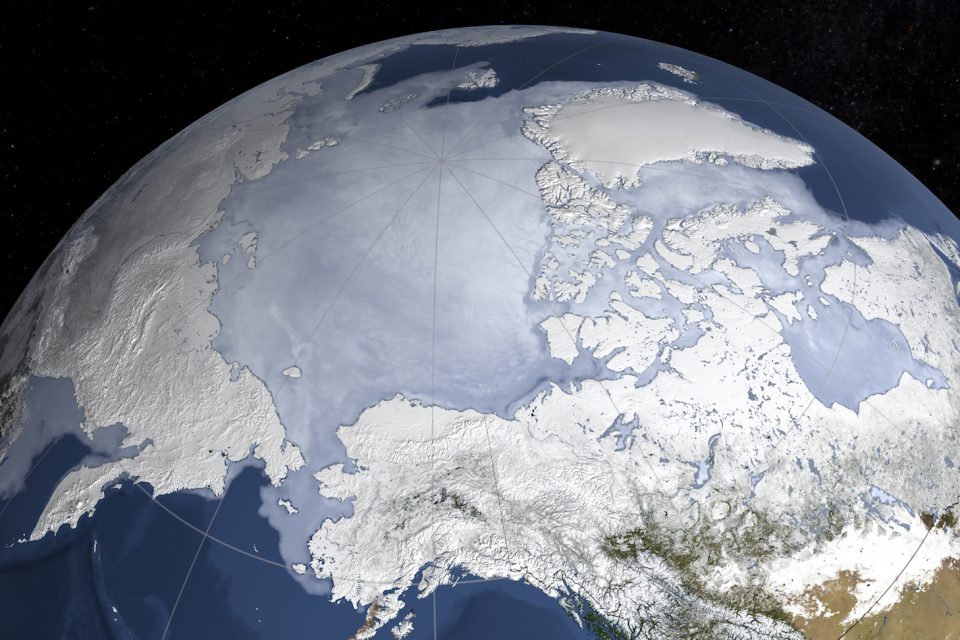 The north pole is moving at a dangerous pace

At the beginning of the 20th century, the magnetic north pole was located in Canada. In 2000, it was in Greenland. And now, almost 20 years later, the magnetic north pole is currently en route to Siberia, moving eastward at about 40 kilometres per year. And with the Earth’s magnetic field prone to reverse its polarity, the Earth and our technology could be at risk for major disruption.

It’s been long believed that Earth’s magnetic field is generated by an electrically conductive liquid at the center of the Earth called a geodynamo. This liquid is moved around through the convection currents between the Earth’s inner and outer core, and as it moves, hot liquid iron, packed with electrons, rises toward the surface of the outer core, cools, becomes more dense, and descends again. This process is thought to generate the magnetic field.

However, the fluid also moves as the planet rotates, and its viscosity also contributes to the flow pattern, thus causing a tangled web of magnetic field lines. Although turbulent, the flow moves incredibly slow, thus the poles shift gradually.

“When we say the flow is turbulent, we mean on a timescale of tens of thousands of years,” Gary Glatzmaier, from the University of California, Santa Cruz, told NewScientist.

But if the poles move, does this mean they can flip entirely? And if so, are we in danger? After all, the current magnetic field deflects charged particles in the solar wind.

Earth’s magnetic field has flipped before, NewScientist reports, and it has also grown weaker and stronger throughout its existence. In fact, there have been 183 pole reversals in the past 83 million years, with the last one happening 780,000 years ago. The field has even been on the verge of collapsing entirely — it spent about 75,000 years rapidly changing direction, according to John Tarduno, from the University of Rochester, New York, per NewScientist. And if that had happened, life as we know it would be nonexistent.

Luckily, “when the inner core started to form, it provided a new energy source for the magnetic field,” Tarduno said, thus giving life the opportunity to form later down the road.

To attempt to track the magnetic field’s movement and the potential for the poles to switch, scientists are in the process of developing computer models to accurately predict the field’s next move.

“Our computer models are complicated, but not nearly as complicated as the reality down there,” Glatzmaier said. “The flow structure is twisting and shearing the existing magnetic field, and generating more magnetic field in the process. We have to use a very crude approximation of this.”

Furthermore, other scientists have created physical models to track the magnetic field in a more realistic sense. According to NewScientist, Daniel Lathrop, from the University of Maryland, has created an accurate model of the Earth’s core — a ball of rotating liquid sodium, encased in stainless steel with a solid metal core at the center, which can be rotated independently.

31 magnetometers distributed around the outer surface of the liquid sodium ball measure the generated field. And because this model core is so much smaller than the actual thing, Lathrop’s team compensate with a better conducting metal than iron and faster rotation — the sphere rotates four times per second when at full speed.

Via this model, Lathrop’s team have shown that the turbulent flow of liquid metal will amplify and sustain a magnetic field, proving the geodynamo hypothesis true. Although they haven’t managed to get a magnetic field to spontaneously appear, like Earth’s did, they have been able to apply a seed field, amplified by the sloshing sodium.

But this evidence is not yet accurate enough to predict when Earth’s magnetic field will undergo reversals.

Others are working on models to answer this question, and all their effort is appreciated. If we can better understand the Earth’s magnetic field and its ability to flip, we can better protect our technology and power grids from solar storms and cosmic rays.