Could North and South Poles warm more than the rest of the Earth? • Earth.com 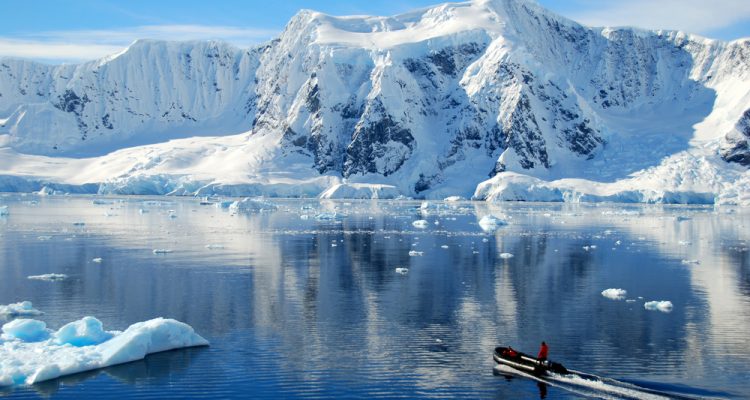 Could North and South Poles warm more than the rest of the Earth?

The authors of a new study think that if the Earth gets warm, the North and South Poles could get even warmer, with temperatures rising two or three times as much as the rest of the planet.

The team of geophysicists found that as the last ice age ended about 10,000 years ago, temperatures in Antarctica rose more than twice as much as temperatures worldwide. The team was led by University of California, Berkeley glacier expert Dr. Kurt Cuffey and U.S. Geological Survey research geophysicist Dr. Gary Clow.

Or, in hard numbers, the temperatures in Antarctica rose an average of 20 degrees Fahrenheit over the continent, while temperatures around the world averaged only 7 degrees higher than the previous norm.

The study’s calculations match up with what climate models predict for the frozen southern continent, as well as scientists’ past estimates of how the end of the ice age affected Antarctica, Cuffey said.

That gives credence to climatologists’ predictions that Antarctica will warm twice as much as the rest of the Earth during the current warming period, though it may take a century or two to see the full effects, he said.

The scientists measured the current temperature of 20,000-year-old glacier ice in Antarctica, then used their knowledge about how quickly pure ice heats up to calculate the glacier’s temperature at various points over the past several thousand years. They repeated this process with other, older ice, and used a technique developed by Cuffey to combine the resulting data for more accurate temperature estimates.

While temperatures at both the North and South poles rose more than elsewhere, the Arctic warmed more slowly than the Antarctic, probably due to the huge sheets of ice in the north, and changes in ocean currents and Earth’s orbit that sped warming in the Southern Hemisphere, the researchers said.

The new study, the first thorough calculations of temperature changes in Antarctica at the end of the last ice age, was published online by the journal Proceedings of the National Academy of Sciences.