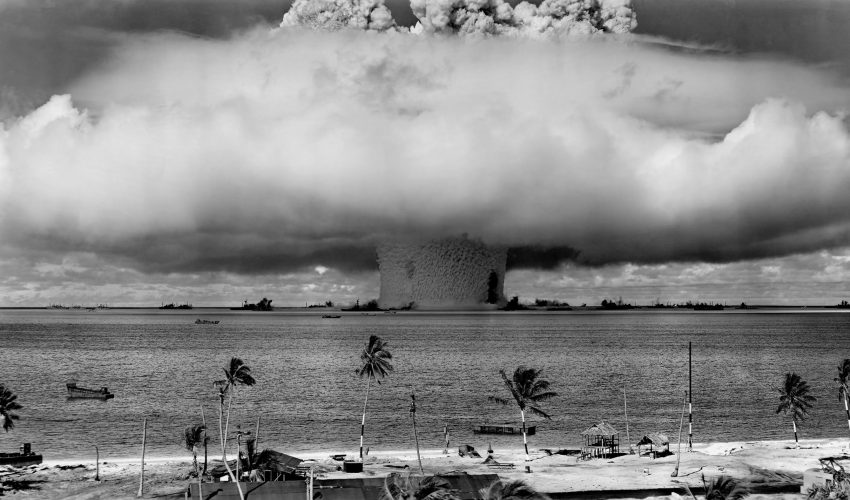 A new study from University of Arizona economist Keith Meyers reveals that radiation from nuclear tests during the Cold War led to many more deaths than previously thought.

Between 1951 and 1963, the United States conducted over 100 above-ground nuclear tests at sites in Nevada. Meyers has found that as many as 690,000 casualties resulted after radioactive pollution made its way into the environment and the food supply.

Exposure to high levels of radiation can cause serious illness or death, and even low doses of radiation can cause cancer. The weapons developers were either unaware of these risks or just completely careless, and people working at test sites or living closeby were not the only ones in harm’s way. Ultimately, millions of people were exposed to “tremendous” amounts of radiation.

“Counter-intuitively, the areas where fallout had the largest impact on the crude death rate was not in the region surrounding the test site, but rather in areas with moderate levels of radioactive fallout deposition in the interior of the country,” said Meyers.

Early attempts to calculate the extent of the fallout from nuclear tests were inaccurate because they did not account for the collateral damage that happened over time and space.

After the nuclear tests, pollution was carried far away by winds. In addition, cows consumed irradiated grass which leaked radioactive material into the milk supply.

To analyze the number of deaths which resulted from nuclear testing, Myers used an empirical alternative approach which combined measures of radioactive fallout exposure from the National Cancer Institute and mortality data from across the continental United States.

Meyers found that radioactive fallout was to blame for between 340,000 and 690,000 deaths from 1951 to 1973, which is up to fourteen times more casualties than earlier research had demonstrated.

Meyers explained that putting a stop to nuclear testing inadvertently saved millions of Americans from additional exposure. He estimated that the Partial Nuclear Test Ban Treaty was responsible for saving between 11.7 and 24 million lives.

“The evidence presented in this paper reveals that the health cost of domestic nuclear
testing is both larger and more expansive than previously thought,” said Meyers.