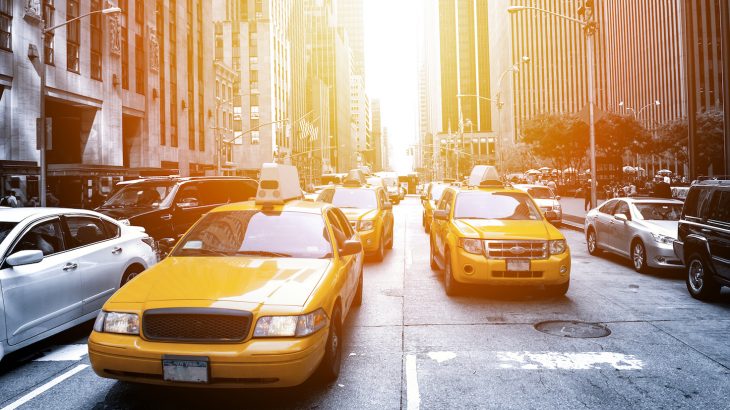 According to a new study led by the Columbia University Mailman School of Public Health, the Clean Air Taxi legislation that was passed in 2006 in New York City has been successful in reducing air pollution. The fuel efficiency of 13,500 yellow taxis nearly doubled between 2009 and 2015 as a result of the new regulations.

“The past decade has seen steady improvements in the quality of air in New York City, and clean-air taxis appear to be one contributing factor,” said study co-author Dustin Fry, MPH. “This is good news for New Yorkers’ health since we know air pollution raises the risks of low birth weight and asthma in children.”

The Clean Air Taxi laws made it a requirement to set aside at least nine percent of the city’s new medallions for hybrid vehicles or for those that use compressed natural gas. The legislation also gave cab companies some incentive to buy low-emission taxis by extending the amount of time these models are allowed to be used.

The researchers mapped the intensity of taxi traffic across the city and estimated cab-related exhaust emissions of nitric oxide and particulate matter using inspection and trip data. The team also looked at New York City Community Air Survey data from more than 100 monitoring sites across the city to calculate the changes in air quality.

The study revealed that the fuel efficiency of the medallion taxi fleet climbed from 15.7 to 33.1 MPG, while nitrous oxide emissions declined by 82 percent and particulate exhaust declined by 49 percent. The greatest benefits were found in Manhattan neighborhoods with a high density of yellow taxis.

“This study provides evidence that air pollution legislation can have real impact,” said study co-author Dr. Frederica Perera. “Even though overall, yellow taxis account for a small proportion of vehicular miles traveled on New York City’s streets, in midtown they account for almost half. Similar regulations targeting other vehicles could make an even bigger difference.”

The study is published in the Journal of Exposure Science and Environmental Epidemiology.