The global consequences of ocean acidification could be massive • Earth.com 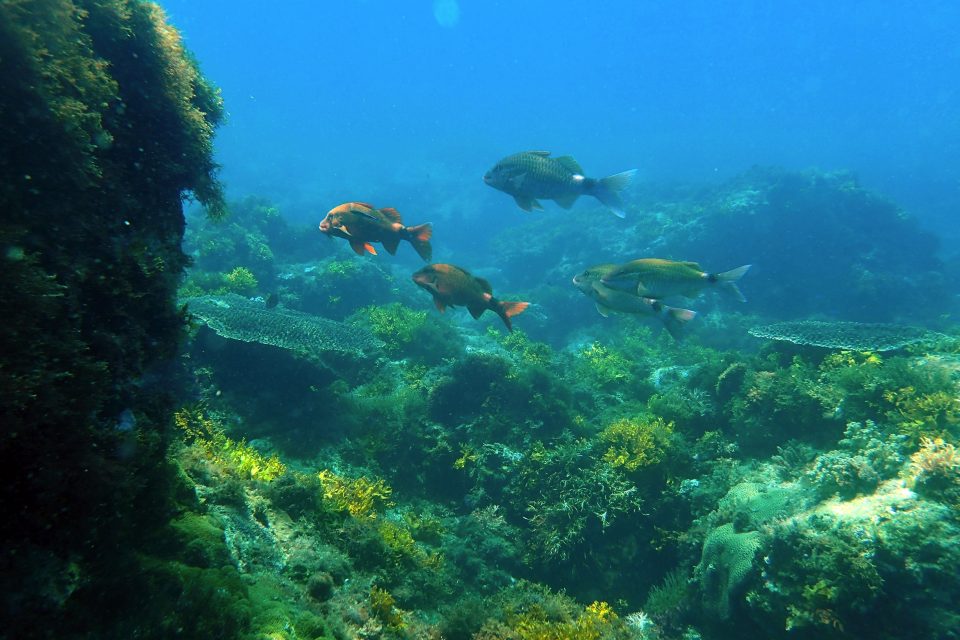 The global consequences of ocean acidification could be massive

According to new research from the University of Plymouth, ocean acidification could potentially affect millions of global citizens who rely on coastal protection, fisheries, and aquaculture in their daily lives. Scientists warn that the only way to prevent further detrimental ocean acidification is to cut back on fossil fuel emissions.

The scientists heading the study, published in Emerging Topics in Life Sciences, share that a binding international agreement that builds on the current list of United Nations Sustainable Development Goals must be put into place to address and minimize ocean acidification.

“We are releasing around 1 million tons of carbon dioxide per hour into the Earth’s atmosphere. About 25% of this gas is taken up by the ocean where it reacts with seawater to form a weak acid, causing surface ocean pH to fall by around 0.002 units per year,” explained  Plymouth graduate Dr. Ben Harvey, now Assistant Professor at the University of Tsukuba’s Shimoda Marine Research Center. “The chemistry of this rapid change in surface waters is understood, yet there is uncertainty about its effects on society which is what we are trying to overcome in this study.”

Currently, the researchers at the helm of ocean acidification have centered their work around the coasts of Japan and the Mediterranean, where ocean acidification has already had an impact on marine life and wild fish. This acidification has occurred because of the volcanic CO2 seeps in both regions. The seeps allow gas to dissolve into sea water, thus acidifying and creating environments similar to what is expected to occur in global oceans if climate change continues to press on.

In these CO2-plagued waters, scientists have noted that reefs made by organisms like oysters and corals are one of the main victims. Because reefs are so sensitive to acidification, they break down and provide less shelter for fish and shellfish, some of which are commercially important.

Loss of biodiversity, habitat degradation, and seaweed dominance are all potential outcomes of continued acidification.

“The Paris Agreement on climate change was welcome. But it does not mention ocean acidification, nor the fact that this rapid change in surface ocean chemistry undermines the social, economic and environmental pillars of sustainable development,” said Jason Hall-Spencer, Professor of Marine Biology at Plymouth. “The time is ripe for a ‘Paris Agreement for the oceans’, with the specific target to minimise and address the impacts of ocean acidification, including through enhanced scientific cooperation at all levels.”