Salmon could lose their sense of smell due to ocean acidification • Earth.com 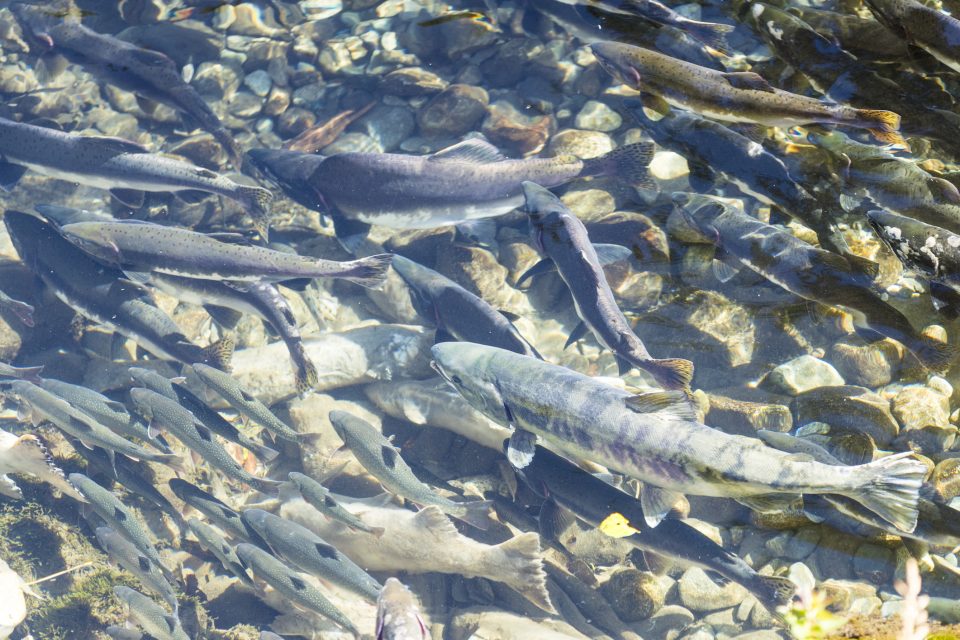 Salmon could lose their sense of smell due to ocean acidification

The world’s oceans absorb around 30 percent of atmospheric CO2 emissions, but as greenhouse gas emissions increase, so do CO2 levels in the sea, according to the National Oceanic and Atmospheric Administration (NOAA).

As carbon levels in the ocean rise, pH levels shrink and the oceans become more acidic. Ocean acidification is one of the primary drivers of coral bleaching, and it’s disrupting many marine ecosystems.

A new study has found that increases in ocean acidification and ocean carbon levels could cause salmon to lose their sense of smell, a critical mechanism for survival that salmons rely on to avoid predators and navigate.

Researchers from the University of Washington and the NOAA Fisheries’ Northwest Fisheries Science Center wanted to find out how projected CO2 levels in the ocean would impact a salmon’s ability to process smells.

“Salmon famously use their nose for so many important aspects of their life, from navigation and finding food to detecting predators and reproducing,” said Chase Williams, the lead author of the study. “So it was important for us to know if salmon would be impacted by future carbon dioxide conditions in the marine environment.”

The results of the study were published in the journal Global Change Biology.

The researchers set up a lab experiment with three different tanks of saltwater with varying levels of pH.

Juvenile coho salmon were placed in the tanks, and the researchers monitored their behavior in the new environments for two weeks.

The researchers then conducted several behavioral and neural tests to see how the differing pH levels impacted the salmon’s ability to sniff out dangers and potential predators.

The fish were placed in a different tank that had salmon skin extract in the water, the scent of which would normally warn salmon of a predator attack nearby.

If a salmon had spent time in a tank with higher CO2 levels, they were less responsive to the smell, and some didn’t even seem to notice. Normally the smell of the salmon skin extract would trigger a flight response in a salmon and the fish would swim away to hide from danger.

The researchers also measured neural activity in the part of the brain where smell is processed, the olfactory bulb, and found that the increased CO2 disrupted normal activity and processing in that area for some of the salmon.

Gene expression for the salmon that spent time in the tanks with higher acidity was also changed.

“At the nose level, we think the neurons are still detecting odors, but when the signals are processed in the brain, that’s where the messages are potentially getting altered,” said Williams.

The researchers plan to examine other species of fish to see if rising CO2 levels have a similar effect, but the results of this study are concerning given how important salmon are as a food source.

“We’re hoping this will alert people to some of the potential consequences of elevated carbon emissions,” said Andy Dittman, senior co-author of the study. “Salmon are so iconic in this area. Ocean acidification and climate change are abstract things until you start talking about an animal that means a lot to people.”