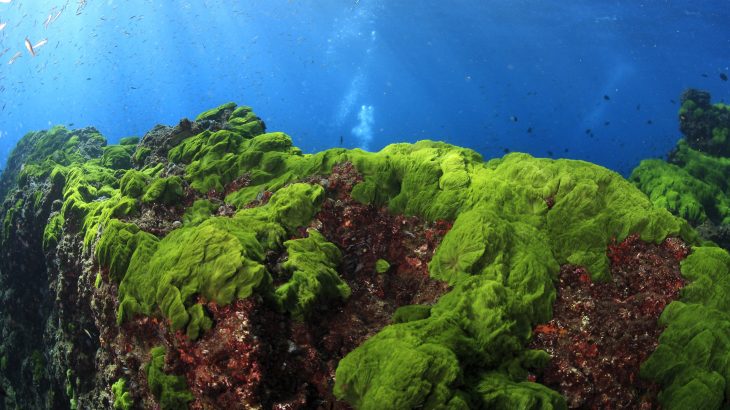 A new study from Rutgers University has revealed that ocean algae steal genes from bacteria for an evolutionary advantage. Gene acquisition provides algae with specific benefits, such as the ability to tolerate stressful environments or break down carbohydrates for food.

Previous studies have shown that bacteria and other prokaryotes swap genes to adapt to new habitats in a process known as horizontal gene transfer. The new research suggests that a massive group of eukaryotes has a long history of gene acquistion as well.

The study was focused on 23 species of brown and golden-brown algae. The experts found that gene acquisition had a major impact on the evolution of these ancient marine species, which help form the base of the ocean food chain.

Through photosynthesis, marine algae produce more than 70 percent of the Earth’s oxygen. Some types of algae, such as diatoms, are responsible for about 45 percent of global primary production of organic matter.

Study co-author Debashish Bhattacharya is a distinguished professor in the School of Environmental and Biological Sciences at Rutgers University-New Brunswick. She explained that hundreds of thousands of species make up a group known as CRASH, and these organisms have thrived on Earth for more than a billion years

The enormous group includes algae such as diatoms and dinoflagellates, as well as alveolates and oomycetes. Professor Bhattacharya noted that CRASH organisms create and consume immense amounts of organic matter.

The research team, led by experts at the Chinese Academy of Fishery Sciences, produced a sweeping genomic dataset consisting of more than 524,000 protein sequences from 23 CRASH species. The researchers analyzed the dataset using sophisticated techniques.

The study revealed that the extent of horizontal gene transfer is highly variable among different CRASH species. Overall, an average of one percent of all CRASH organisms’ genes were acquired from bacteria.