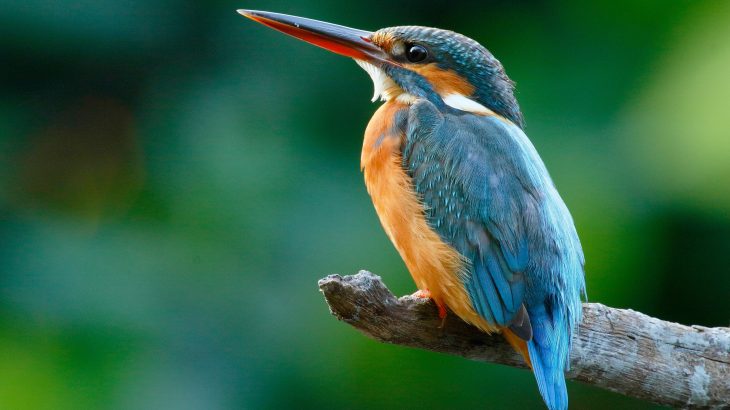 Birds with innovative foraging strategies have a better chance of long-term survival. A research team led by McGill University found that bird species with the capacity to develop new feeding techniques were less vulnerable to environmental changes that threaten their populations.

Experts have long speculated that innovative ability, which is a measure of behavioral plasticity, is linked to reduced vulnerability among species. However, it has been a challenge to test this theory on a global scale. Innovative birds have an evolutionary advantage

Over the years, there have been many cases where birds demonstrated the use of clever foraging behaviors. Green herons use bread and insects as fish bait, while great cormorants take advantage of the strong currents generated by commercial ferries to catch disoriented fish.

Professor Louis Lefebvre, the senior author of the McGill study, has examined evidence of foraging innovations in the wild for the last 20 years. With the help of reports from bird watchers from around the world, Professor Lefebvre has created a database that contains more than 3,800 novel bird foraging techniques.

“The large database we now have has allowed us to test, on almost all bird species of the world, the idea that the more you can change your feeding behavior, the better you might be able to cope with destruction of your normal habitat,” said Professor Lefebvre. “We feel our results are solid, as we have taken into account as many co-variables and possible biases that we could think of.”

The investigation was focused on feeding innovations published in 204 ornithological journals between 1960 and 2018.

The researchers calculated the number of new feeding behaviors associated with each bird species and compared it to their extinction risk level, which is established by the Red List of the International Union for Conservation of Nature (IUCN).

The results showed that bird species with more innovations had a lower risk of extinction. The extinction risk was reduced further as the number of new techniques increased.

According to the researchers, behavioral plasticity does not protect bird species from the threats of invasive species or overexploitation. While the ability to adopt new feeding techniques is clearly an evolutionary advantage for birds in the face of habitat destruction, survival is still not guaranteed.

“It must be taken into account that the species with the greatest capacity for innovation have longer generation times, which makes them more vulnerable to hunting,” explained study co-author Daniel Sol. “This implies that, unlike what is usually assumed, the ability to innovate protects animals from some but not all of the rapid changes in the environment.”