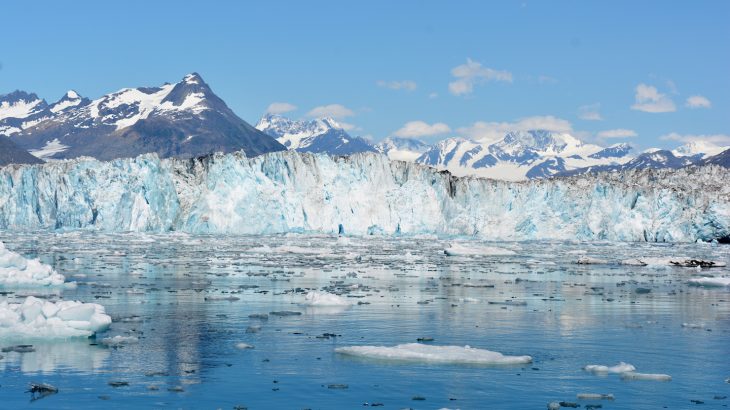 In the warm ocean waters, there are microbes that produce natural fertilizer by “fixing” nitrogen from the atmosphere into a form which can be used by other organisms. This process was believed to be limited to tropical and subtropical waters, but researchers have now documented nitrogen fixation in the freezing waters of the Bering and Chukchi Seas.

Study senior author Jonathan Zehr is a professor of Ocean Sciences at the University of California Santa Cruz.

“This goes against all the textbook assumptions about where nitrogen fixation occurs. All the mathematical models for nitrogen input to the oceans are constrained by temperature because of this underlying assumption,” said Professor Zehr.

Katie Harding is a graduate student in Professor Zehr’s lab and first author of the paper. She explained that in many parts of the ocean, productivity is limited by the availability of nitrogen.

“Nitrogen fixation fuels the food chain in some areas, so it’s important to understand what all the sources are,” said Harding.

The nitrogen fixation that the team discovered in the Arctic is carried out by an unusual cyanobacteria called UCYN-A that lacks the capacity for photosynthesis. Back in 2012, it was discovered that UCYN-A lives in a close symbiosis with a type of single-celled algae. In this mutually beneficial partnership, UCYN-A provides fixed nitrogen while the algae provides fixed carbon through photosynthesis.

The current study has demonstrated that UCYN-A can function and fix nitrogen in Arctic waters with temperatures below 4 degrees Celsius.

“It’s not just cells drifting up into the Arctic on ocean currents. It’s active, and it’s the only real cyanobacterial nitrogen-fixer in the Arctic,” explained Professor Zehr.

Harding added, “One of the interesting questions from a biological standpoint is how UCYN-A can tolerate such a wide range of temperatures, especially when the temperature range for Trichodesmium is so narrow.”

“The rates in the Arctic are pretty low, so UCYN-A may not be very important there now,” said Professor Zehr. “But if Arctic warming continues, it will become more and more important as a source of nitrogen in Arctic ecosystems.”

Next, the team will look for UCYN-A in the Southern Ocean around Antarctica.