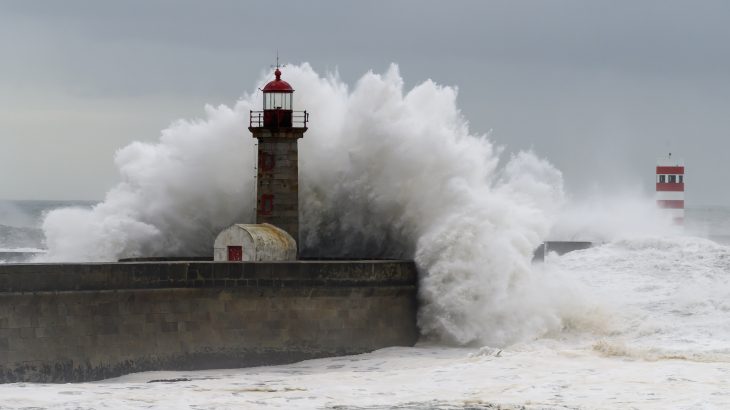 New research published January 14th in Nature Communications provides a link between growing energy of global ocean waves and ocean warming. This recent study focused in on wave power — the energy within ocean waves, transmitted by wind and transformed into wave power — in relation to upper ocean warming.

“For the first time, we have identified a global signal of the effect of global warming in wave climate,” said lead author Borja G. Reguero, a researcher in the Institute of Marine Sciences at the University of California, Santa Cruz. “In fact, wave power has increased globally by 0.4 percent per year since 1948, and this increase is correlated with the increasing sea-surface temperatures, both globally and by ocean regions.”

“This study shows that the global wave power can be a potentially valuable indicator of global warming, similarly to carbon dioxide concentration, the global sea level rise, or the global surface atmospheric temperature,” added coauthor Inigo J. Losada, director of research at the Environmental Hydraulics Institute at the University of Cantabria (IHCantabria).

Exposing the link between ocean warming and wave power is crucial for coastal communities, many of whom have seen heightened wave power impact their infrastructure and coastline.

“Our results indicate that risk analysis neglecting the changes in wave power and having sea level rise as the only driver may underestimate the consequences of climate change and result in insufficient or maladaptation,” concluded coauthor Fernando J. Méndez, associate professor at the University of Cantabria.