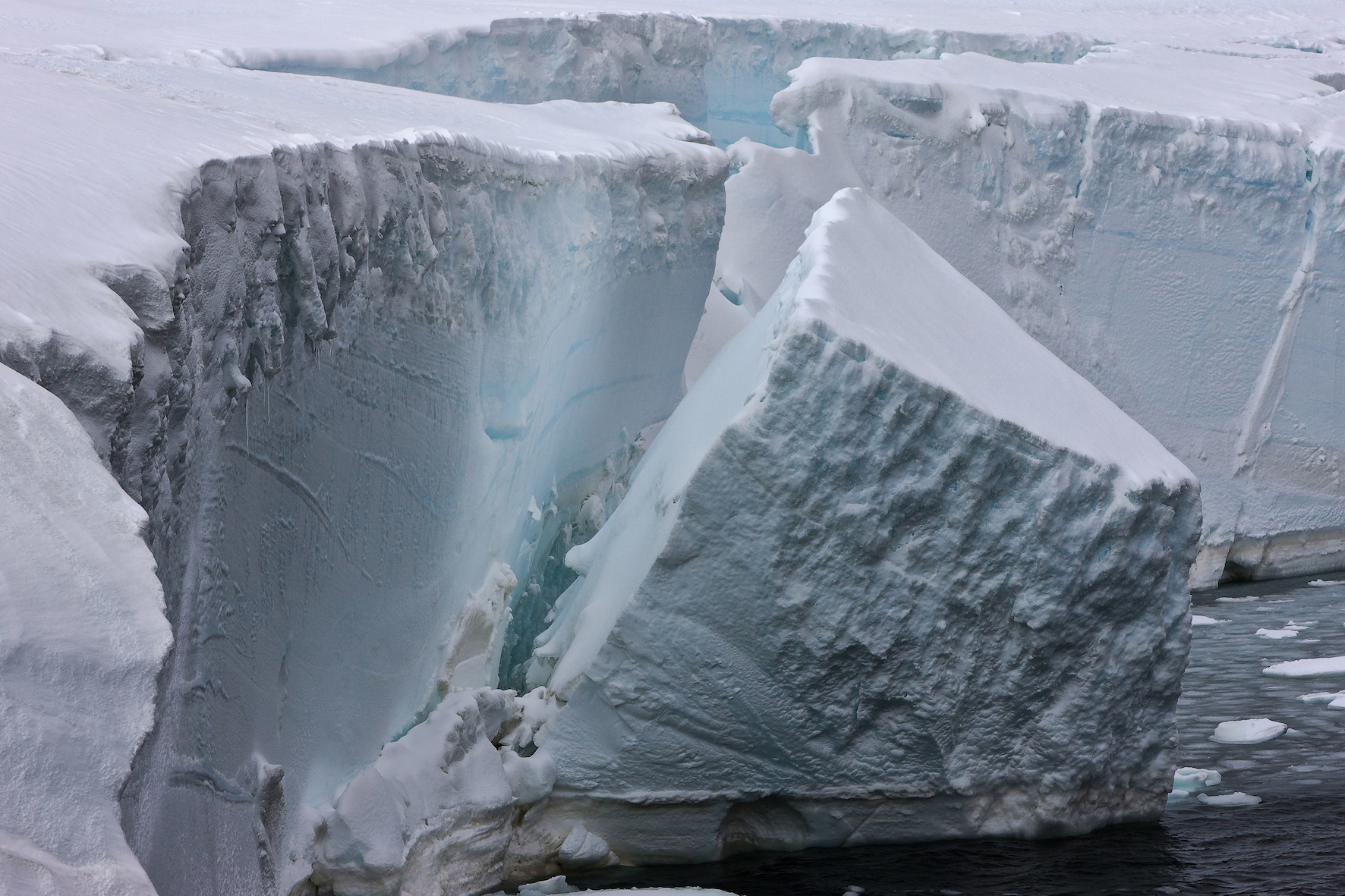 An international team of researchers led by the University of Adelaide is reporting that ocean swells produced by storm winds have caused the extreme decomposition of Antarctic ice shelves in recent decades.

Study lead author Dr. Rob Massom is a research scientist at the Australian Antarctic Division and the Antarctic Climate and Ecosystems Cooperative Research Center. Dr. Massom explained that reduced sea ice coverage since the late 1980s has left ice shelves on the Antarctic Peninsula exposed to ocean swells, causing them to flex and break.

“Sea ice acts as a protective buffer to ice shelves, by dampening destructive ocean swells before they reach the ice shelf edge,” said Dr. Massom. “But where there is loss of sea ice, storm-generated ocean swells can easily reach the exposed ice shelf, causing the first few kilometres of its outer margin to flex.”

“Over time, this flexing enlarges pre-existing fractures until long thin ‘sliver’ icebergs break away or ‘calve’ from the shelf front. This is like the ‘straw that broke the camel’s back,’ triggering the runaway collapse of large areas of ice shelves weakened by pre-existing fracturing and decades of surface flooding.”

Study co-author Dr. Luke Bennetts said that the discovery highlights a need for sea ice and ocean waves to be included in ice sheet modeling.

“The contribution of the Antarctic Ice Sheet is currently the greatest source of uncertainty in projections of global mean sea level rise,” said Dr. Bennetts.

“Ice shelves fringe about three quarters of the Antarctic coast and they play a crucially important role in moderating sea level rise by buttressing and slowing the movement of glacial ice from the interior of the continent to the ocean.”

Dr. Bennetts explained that ice shelf disintegration does not directly contribute to sea-level rise because the ice is already floating. However, tributary glaciers move faster into the Southern Ocean after ice shelves collapse, and this does have a significant influence on the sea level.

The investigation was focused on five major ice shelf disintegrations that took place between 1995 and 2009. The experts combined satellite images and surface and ocean wave data to analyze the events, including the rapid collapse of the Larsen B Ice Shelf in 2002.

The study revealed that each disintegration event occurred when sea ice coverage was significantly reduced and ocean swells were large.

The Larsen B Ice Shelf collapsed in a matter of days, losing 1,250 square miles of ice that had been in place for 11,500 years. The disintegration of this ice led to the release of glacial ice into the ocean at a rate that was three to eight times faster over the following year.