Oceans are already too warm for baby sharks • Earth.com 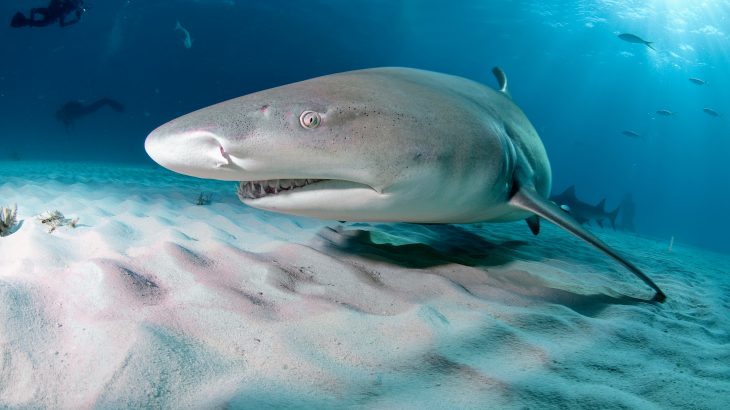 Oceans are already too warm for baby sharks

Ocean temperatures are becoming increasingly unsuitable for baby sharks, according to a new study from the ARC Center of Excellence for Coral Reef Studies. The researchers found that as a result of global warming, baby sharks are born smaller, exhausted, and undernourished. The animals are also being birthed into environments that are already difficult for them to survive in.

The study was focused on epaulette sharks, an egg-laying species found only on the Great Barrier Reef. The team examined the impacts of warmer temperatures on the growth, development, and physiological performance of the sharks as embryos and as hatchlings.

“We tested shark embryos in waters up to 31°C,” said study lead author Carolyn Wheeler. “The hotter the conditions, the faster everything happened, which could be a problem for the sharks.”

“The embryos grew faster and used their yolk sac quicker, which is their only source of food as they develop in the egg case. This led to them hatching earlier than usual.”

The hatchlings were not only smaller, but were undernourished, lacked energy, and needed to feed almost right away.

Study co-author Dr. Jodie Rummer noted that the waters of the Great Barrier Reef will likely experience summer averages close to or even in excess of 31°C by the end of the century.

Dr. Rummer warned that rising ocean temperatures are a major concern for the future of all sharks, whether they lay eggs or give birth.

“The epaulette shark is known for its resilience to change, even to ocean acidification. So, if this species can’t cope with warming waters then how will other, less tolerant species fare?”

“Our future ecosystems depend us taking urgent action to limit climate change.”

Sharks belong to a group of animals that develop and grow slowly, like rays and skates, and they do not reproduce as often as other fish.

The findings suggest that the sharks of the future will be born at a major disadvantage healthwise. To make matters worse, their environments will already be the warmest temperatures that the sharks can tolerate.

“The study presents a worrying future given that sharks are already threatened,” said Wheeler. “Sharks are important predators that keep ocean ecosystems healthy. Without predators, whole ecosystems can collapse, which is why we need to keep studying and protecting these creatures.”