Deep sea octopus species can be identified by their warts • Earth.com 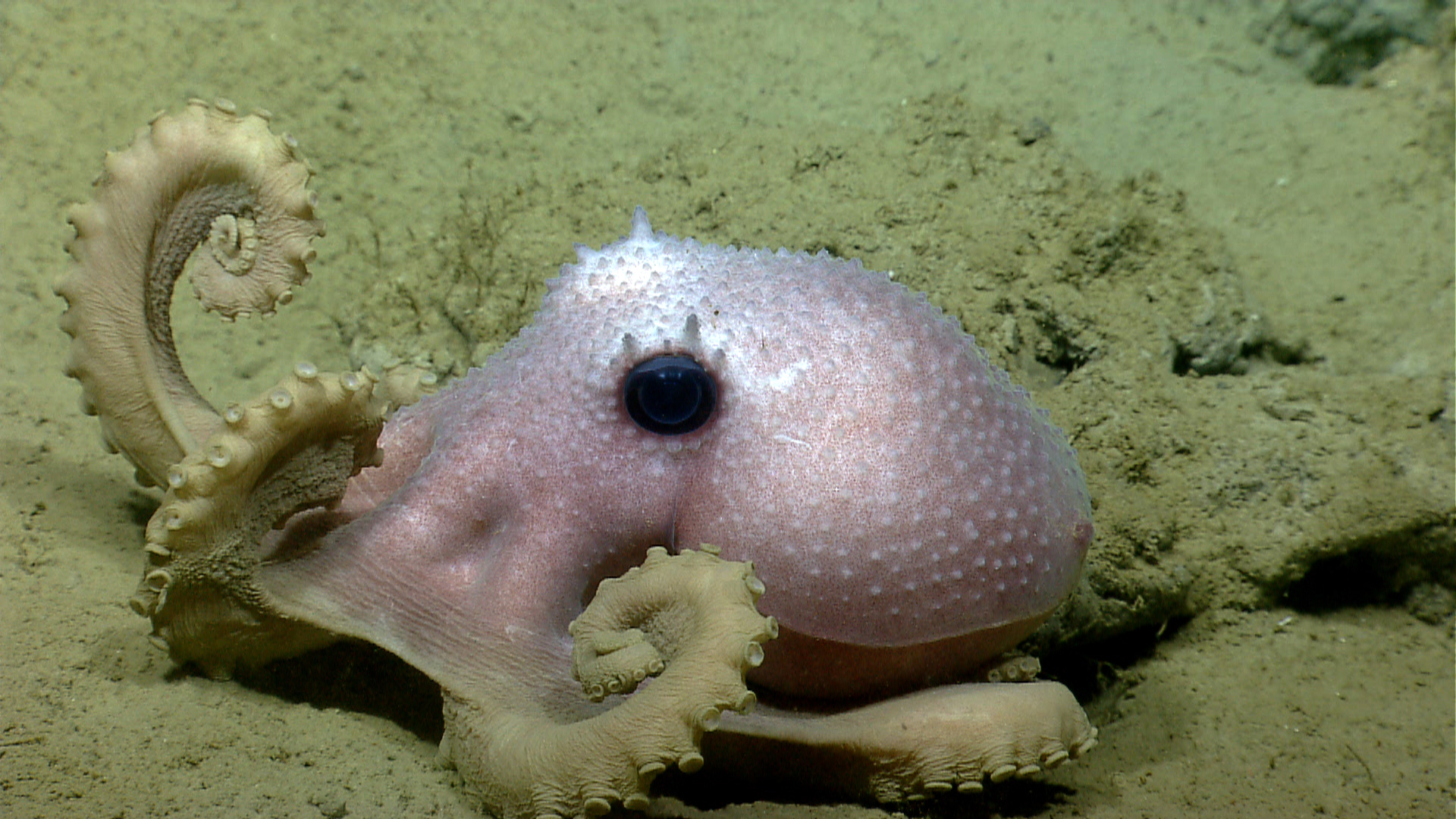 Deep sea octopus species can be identified by their warts

One of the problems with identifying new species is that you don’t always know whether you’re actually documenting an entirely new animal, or whether it’s just a slightly different looking version of a known species. This is especially true when it comes to deep sea creatures, as they have only been studied in detail for a short period of time. A recent study published in Marine Biology Research seeks to solve this problem using the physical characteristics of two very similar deep sea octopus species, which live at depths up to 9,500 feet.

Both species are pink or purple in color, but the biggest distinction is that one species lives in the Atlantic and the other lives in the Pacific.

Both species were given their respective names years ago; Graneledone verrucosa and Graneledone pacifica (guess which one lives in the Pacific). But no study had yet compared the species in detail.

So how did they determine which is which? Unfortunately for the octopuses and their self-esteem, these researchers focused on their warts. Both species have bumpy warts on their mantle (the “head” of the octopus) as well as their arms. But the Pacific octopus is even wartier than the Atlantic species, as their bumps extend down their arms and mantles.

“Being able to tell different species apart is the basis for understanding those species,” says lead author Janet Voight, Associate Curator of Invertebrates at The Field Museum in Chicago. “You can’t really talk about a species if you can’t separate it from others like it, or tell if a species is endangered, if you can’t tell what the species is.”

The researchers analyzed 72 octopus specimens to assess their wart situations, eventually developing a method to determine the small differences that separated the two species. “Nobody has sat down with dozens of these octopuses and compared them,” explains Voight. “There are so many things like that in museum collections, just waiting for the right scientist to come along and use the information they offer.”

Voight stresses the importance of museums having a wide array of specimens for researchers to compare, saying, “If you only have two individuals, you don’t know what’s important and what’s not–it’d be like meeting a person with blonde hair and a person with brown hair and concluding that they must be different species.”

This type of study is especially important in circumstances where DNA analysis might not be possible due to problems with tissue preservation or, in the case of these deep sea octopuses, problems easily accessing the species in their natural habitat.

Their extensive research may have already paid off, as Voight believes they came across a new species of octopus while assessing video footage from the Atlantic. They noted that the wart pattern didn’t match the species in that region.

The researchers believe their new-found ability to differentiate these species will help increase the understanding of biodiversity and evolution in deep sea creatures. Voight also thinks that understanding the physical nuances of unfamiliar species will help us get to know these animals better. “Octopuses are only distantly related to us, but we have so much in common,” she explains. “Our eyes are very similar. They change their behavior based on past experiences–they learn. Deep-sea octopuses are some of the smartest animals we know.”