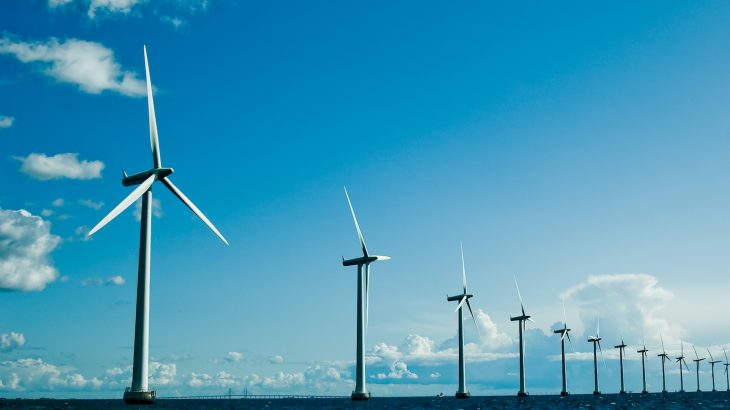 According to an association of European grid operators, using a network of artificial energy islands as wind power hubs in the North Sea is a technically and economically feasible concept. The consortium, which includes TenneT, Energinet, Gasunie, and the Port of Rotterdam, proposed the project to meet the climate targets established by the Paris Agreement.

The North Sea Wind Power Hub (NSWPH) could play a major role in transitioning the UK, Denmark, the Netherlands, and Germany to a low-carbon energy system.

The NSWPH partners have been studying technical, environmental, and market perspectives to investigate the potential for the large wind collection hub. Last week, the consortium announced that their project assessment results showed that the concept is achievable.

“The North Sea holds a large potential for offshore wind power,” said the grid operators. Their research suggests that a series of smaller islands would be better than the initial vision of one large island.

Kees van der Leun is a sustainable energy expert and the director of Navigant, an international energy and climate consultancy that contributed to the research.

“It would be very transformative,” said Van der Leun. He explained that the proposed scale of wind farms is “completely beyond” what is operating off the coast of the UK and Germany today.

The first island hub could be developed by the early 2030s. For each individual hub, the goal is to have a network of wind farms with up to 15 gigawatts of capacity, which is enough energy to power more than 12 million homes across the UK. The biggest wind farms that are operating in the region today have a capacity of just over one gigawatt.

Van der Leun told New Scientist that the project’s success will primarily depend on whether it gets enough support from governments.

“Whether the project will happen depends largely on policy makers. If they set the right targets, appoint sufficient clustered offshore wind areas, set the right boundary conditions from a market and regulatory perspective the project is likely to go through.”