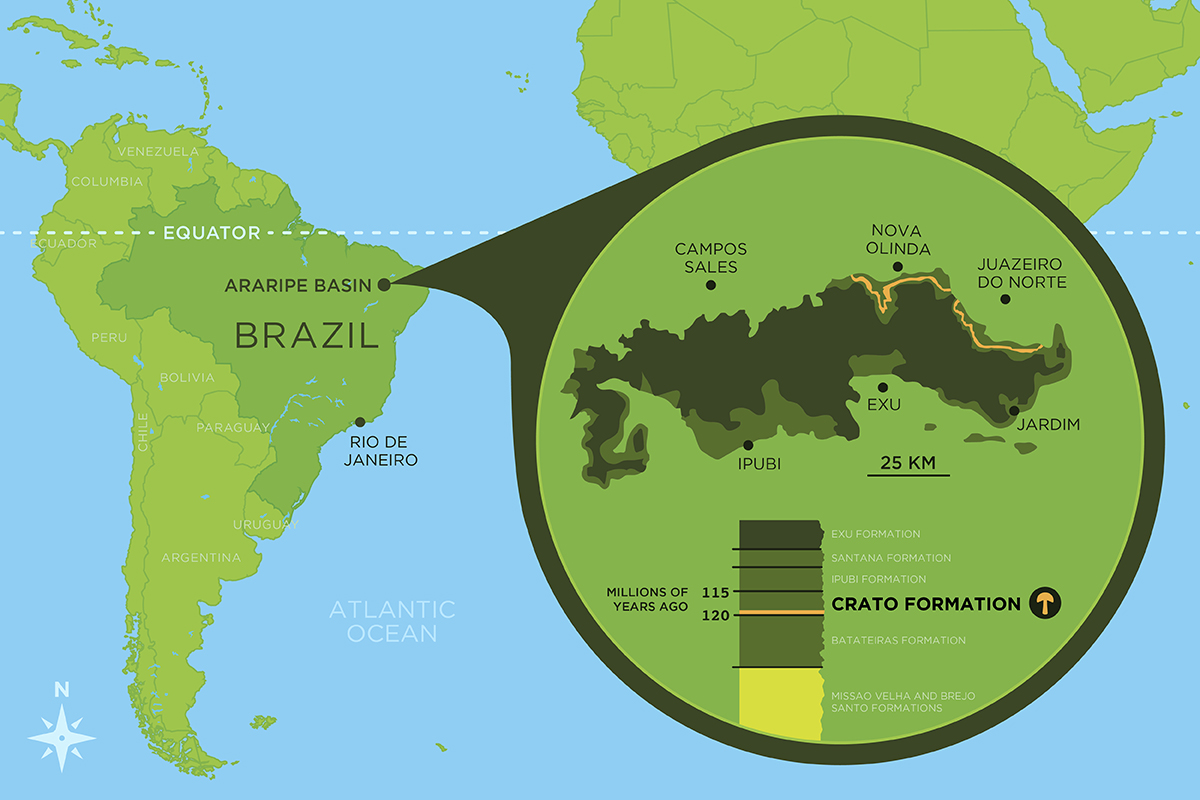 The mushroom fell into a river, made its way to a salty lagoon, and was preserved in limestone, according to a study published in the journal PLOS ONE.

“Most mushrooms grow and are gone within a few days,” said Illinois Natural History Survey paleontologist Sam Heads, who discovered the mushroom when digitizing a collection of fossils from the Crato Formation of Brazil. “The fact that this mushroom was preserved at all is just astonishing.”

Before this discovery, the oldest fossil mushrooms found had been preserved in amber, said INHS mycologist Andrew Miller, a co-author of the new report. The next oldest mushroom fossils were found in Southeast Asia and date back to about 99 million years ago, he said.

The newly discovered fossilized mushroom was about 5 centimeters (2 inches) tall. Electron microscopy revealed that it had gills under its cap, rather than pores or teeth, structures that release spores and that can aid in identifying species.

“Fungi evolved before land plants and are responsible for the transition of plants from an aquatic to a terrestrial environment,” Miller said. “The fungi shuttled water and nutrients to the plants, which enabled land plants to adapt to a dry, nutrient-poor soil, and the plants fed sugars to the fungi through photosynthesis. This association still exists today.”

The researchers placed the mushroom in the Agaricales order and have named it Gondwanagaricites magnificus.

“When you think about it, the chances of this thing being here – the hurdles it had to overcome to get from where it was growing into the lagoon, be mineralized and preserved for 115 million years – have to be minuscule,”  Heads added.

Source: University of Illinois at Urbana-Champaign