Will the Olympics change the nature and soul of climbing and surfing? • Earth.com 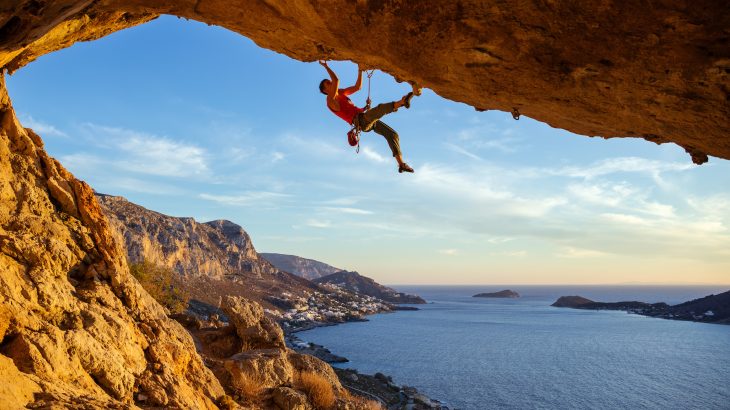 Will the Olympics change the nature and soul of climbing and surfing?

Icons of climbing are different from other sporting figures.  There aren’t typically boxes of Wheaties showing rock climbers or popular shoes named after them in multimillion dollar deals.  Unlike when Michael Phelps was photographed smoking marijuana, no one would be particularly shocked to see a rock climber smoking a bong.  Climbing is far from the glamorous life embodied by football or basketball stars and is more of a pursuit of aesthetics. Reputations in climbing often grow by word of mouth or by small scale documentaries shown at outdoor film festivals, not large athletic competitions.

“The golden age of climbing is replete with these anti-heroes (dirt bags): Pratt, Chouinard, and Beckey are our dirtier, more destitute Magic, Bird, and Jordan,” said one report from Climbing.

Yvon Chouinard, founder of the outdoor clothing company Patagonia and former climbing bum, is as much of a climbing icon as anyone.  In his book, Let My People Go Surfing, Chouinard described buying discounted, dented cans of cat food as a staple for long summers spent climbing.  In the excellent documentary 180 degrees South, Chouinard described climbing Mount Everest in this way,

Climbing has long been a sport without the focus on competition or glitz of many other sports, instead individual development and personal achievement has been the focus.  Surfing has been similar in its focus on the natural environment and an individual.

The International Olympic Committee is set to change all that.  2020 is set to be the first year that the Olympics will include both speed climbing and surfing as official competitive sports and some worry this could hurt the heart and soul of the sports.

“Climbers use brightly-coloured hand, finger and foot holds, their climbing skills and all the strength their bodies can muster to work their way up a near-vertical wall… Speed climbing pits two climbers against each other, both climbing a fixed route on a 15-metre wall. In bouldering, climbers scale a number of fixed routes on a 4m wall in a specified time. In lead climbing, athletes attempt to climb as high as possible on a wall measuring over 15m in height within a fixed time. At the Games, each climber will compete in all three disciplines, with the final rankings being determined by the combined results.”

This is the antithesis of a sport that is based on an interface with a specific physical environment.  Undoubtedly, the hygiene of the Olympic climbers will also be better than that of someone eating canned cat food and living out of an old car.  The whole of the climbing community isn’t universally embracing the inclusion of speed climbing in the Olympics, either.

An Outside Online report quotes Adam Ondra, winner of multiple world cups in climbing, who says he’ll have to think about competing in or boycotting the Olympics.  Owen Wright, a competitive surfer, pushed it further saying, “F**k the Olympics” elaborating that he considers surfing more of an art and form of expression than something to be included in the Olympics.

Surfing at least is set to take place in the ocean in Tokyo, rather than in a wave pool, but the waves are predicted so far to be rather meagre.  At least surfing to the conditions of the actual environment seems to hold with the essence of the sport more than using an artificial environment.  Like many sports, weather is a key factor in the success of a surfer on any given day.

There are other sports that fit into the sort of lifestyle of climbing or surfing that have been in the Olympics for long periods.  Skiing and snowboarding are the first to come to mind. Ski bums are as common as climbing bums in Colorado and the differences between the two are sometimes minimal.  Many so-called climbing bums make a living teaching climbing, sometimes in a gym, so they can be at their best when they hit cliffs or crags. Likewise, people dedicated to skiing or snowboarding may end up working at a resort making snow, operating lifts, teaching their sport to others just to get as much time as they can doing what they love.

Similar to climbing or surfing, many consider skiing or snowboarding more of a pursuit than a competition.  Yet, skiing has been part of the Olympics from the start of the Winter Games, and it hasn’t changed the raw experience for someone flying down a hill on a soft bed of fresh powder in Wyoming, Utah, or Vermont.

Snowboarding even more than skiing was initially something of an outcast in sporting, having a different feel than other sports, similar to attitude of many climbers and surfers.  In the 1970s when snowboarding was in its infancy (and then called ‘snurfing’, as History.com reports) many ski resorts wouldn’t allow snowboarders to even use their lifts.  Interestingly, snowboarding was first showcased as an Olympic sport in Japan, as climbing and surfing are set to.  The 1998 winter Olympics in Nagano, Japan were the first to include snowboarding. It was initially included to bring more young people to the games, the same types of people that were drawn to the younger X Games.  The same sentiment is echoed by the International Olympic Committee in their inclusion of surfing, and climbing as Outside Online quoted them saying the inclusion of the two sports is “a historic step in bringing the Games to young people.”

Today, snowboarding is a wildly popular and important Olympic sport, but I still feel the heart of the sport is individual people recreating outdoors, on mountains, usually not even competing with each other.  Intrinsically snowboarding, skiing, surfing, and climbing are sports about an individual and the physical, natural environment, and the Olympics can’t change that.