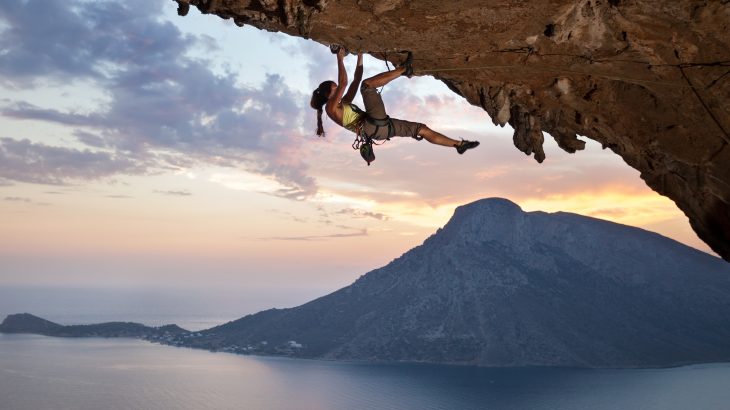 Rock climbing is gaining increasing popularity and attention, which is partially due to the fact that the sport has been approved to be part of the 2020 Olympic Games. However, reports of near-death falls and serious injuries are still dominating news about the sport, which has prompted an international team of researchers to investigate whether rock climbers are going out of their way to seek risks.

The study was conducted by Lea Nicita and Giovanni Signorello from the University of Catania and W. Douglass Shaw from Texas A&M University. The team used a method known as the Kuhn-Tucker approach to measure various aspects of rock climbing, including the demand for the sport in Sicily, Italy; the recreational value of various sites; and how much a reduction in injury risks may benefit climbers.

The experts evaluated 32 rock climbing sites located throughout Sicily using a survey that was distributed to 90 members of various Sicilian climbing groups. The participants reported on their place of residence, climbing ability, and the number of trips taken to each of the 32 sites.

The individuals also answered questions about their preference for sport or traditional climbing, level of experience and training, and whether they are members of a club.

The researchers used data on the climbing bolts and rope run-outs at each site to determine if a route was low, moderate, or high risk. The results of the study indicated that the climbers preferred lower risk routes.

The team also estimated welfare values for each site and found that risk reductions at nearly every site can be achieved by improving the bolting of existing routes.

“The study has broader implications for assessing other risky activities (e.g., undertaking risky sports and forms of transportation such as biking, risky diets and behaviors) and the value of risk reductions for those,” explained Nicita.

Overall, the team concluded that the most desirable rock climbing sites are those with more routes and better scenic views. Most importantly, they concluded that climbers are more likely to choose less risky sites.

The study is published in the journal Risk Analysis.