Organic apples have the best variety of bacteria for gut health • Earth.com 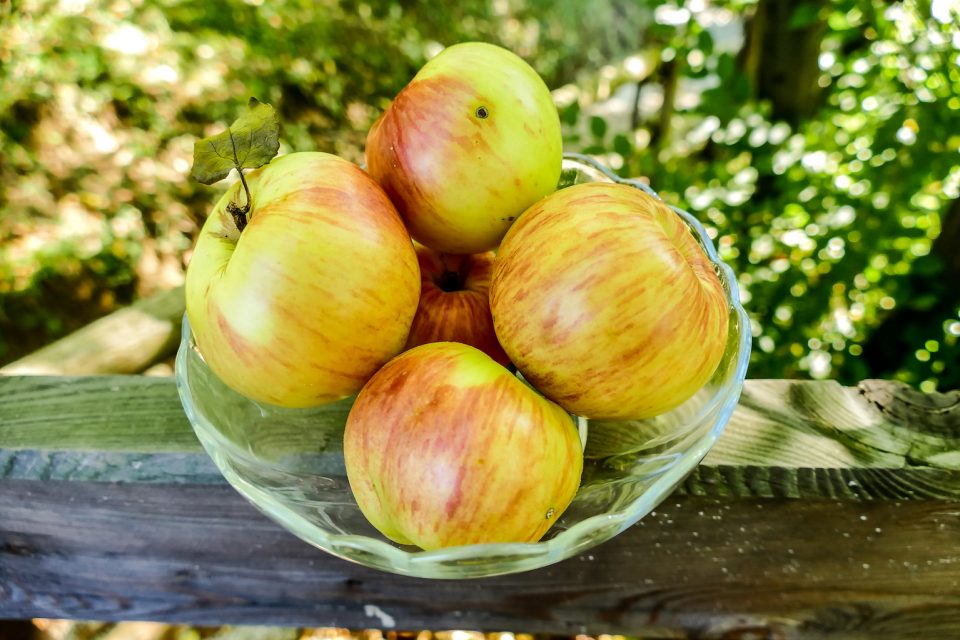 Organic apples have the best variety of bacteria for gut health

A new study has estimated that a typical apple contains about 100 million bacteria. The researchers discovered that this enormous bacterial community is much more diverse and balanced in organic apples, which could make them healthier, tastier, and better for the environment.

Study senior author Professor Gabriele Berg is the head of the Institute of Environmental Biotechnology at Graz University of Technology.

“The bacteria, fungi and viruses in our food transiently colonize our gut,” said Professor Berg. “Cooking kills most of these, so raw fruit and vegetables are particularly important sources of gut microbes.”

“83 million apples were grown in 2018, and production continues to rise. But while recent studies have mapped their fungal content, less is known about the bacteria in apples.”

The researchers compared the bacteria in store-bought apples with that of fresh organic apples around the same size. The stems, peels, flesh, seeds, and calyx were all analyzed separately.

Similar numbers of bacteria were found to be present in the organic and conventional apples. “Putting together the averages for each apple component, we estimate a typical 240g apple contains roughly 100 million bacteria,” said Professor Berg.

The majority of the bacteria are in the seeds, with most of the remainder located in the flesh. When it comes to which type of apple is healthier, organic apples have a better variety of bacteria to support gut health.

“Freshly harvested, organically managed apples harbor a significantly more diverse, more even and distinct bacterial community, compared to conventional ones,” explained Professor Berg. “This variety and balance would be expected to limit overgrowth of any one species, and previous studies have reported a negative correlation between human pathogen abundance and microbiome diversity of fresh produce.”

“Escherichia-Shigella, a group of bacteria that includes known pathogens, was found in most of the conventional apple samples, but none from organic apples. For beneficial Lactobacilli, of probiotic fame, the reverse was true.”

“Methylobacterium, known to enhance the biosynthesis of strawberry flavor compounds, was significantly more abundant in organic apples; here especially on peel and flesh samples, which in general had a more diverse microbiota than seeds, stem or calyx.”

The findings support those of a previous study, which also showed that the microbiome is more diverse in organically grown fruits.

“The microbiome and antioxidant profiles of fresh produce may one day become standard nutritional information, displayed alongside macronutrients, vitamins and minerals to guide consumers. Here, a key step will be to confirm to what extent diversity in the food microbiome translates to gut microbial diversity and improved health outcomes.”