How the apple became such a ubiquitous, iconic fruit across the globe •

How the apple became such a ubiquitous, iconic fruit across the globe

How the apple became such a ubiquitous, iconic fruit across the globe. Nearly every children’s book about the alphabet starts with “A is for apple”. References to apples exist throughout many aspects of Western culture. They have been used as a symbol for everything from beauty, to knowledge, to original sin. Apples are used in phrases such as “The Big Apple,” “the apple of my eye,” and “an apple a day keeps the doctor away.” Apples dipped in honey are traditionally eaten to celebrate Rosh Hashanah, the Jewish New Year.

Apples are the archetype of a fruit. But where did this ubiquitous fruit come from? How did it become so widespread? And why has it taken on so much meaning in our culture? This history of the apple will follow this plant’s journey from the mountains of Kazakhstan to the Columbia Basin of Washington state.How the apple became such a ubiquitous, iconic fruit across the globe

Supermarkets are full of many different shapes, sizes, colors and flavors of apples. Each of these varieties of apple has been created through millennia of artificial selection by humans. These uncountable variations are all descended from one wild species in the rose family (Malus sieversii). They produce large, soft fruits and are the closest thing to a domestic apple that grows naturally in the wild. 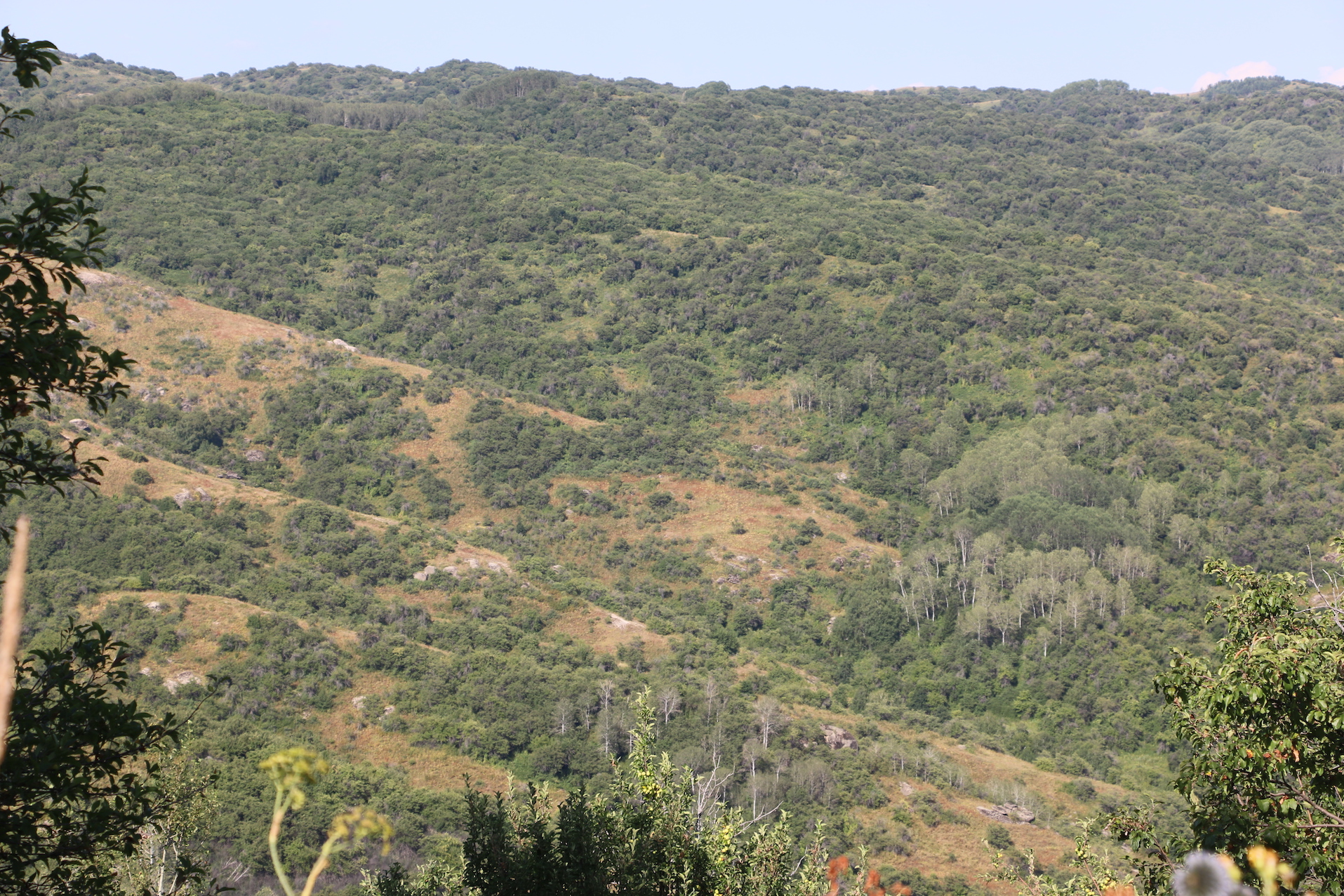 This tree is native to dense forests in Kazakhstan, surrounding the city of Almaty. This city is named after the Kazakh word for apple, “Alma”. This plant likely grew in this region for millions of years before the first humans arrived there.

In his book, The Botany of Desire, Michael Pollan describes the mutualistic relationship developed between humans and plants. He uses the apple as a prime example of how the domestication of plants is a two way street. In exchange for nutritious food, we have expanded the range of this tree from a small region of central Asia to the entire planet. That’s a pretty great deal for the apples. During the process we have accelerated and directed their evolution through artificial selection. This has created apples adapted to grow in nearly any environment.

The cultivated apple (Malus domestica or Malus pumila) has over 7,500 cultivars. These are grown around the world. Most of these are genetically closest to their direct ancestor, (Malus sieversii.) However, breeding with wild crabapples has created many new types of domestic apples. Most modern apples have large genetic contributions from (Malus sylvestris,) the European crabapple.

A ride on The Silk Road

The apple began its journey out of Central Asia long ago. References to this fruit are found in Greek and Roman mythology, as well as the Old Testament.

As trade between Europe and Asia increased, so did the exchange of living species. Around 130 BCE, the trade routes from Asia to Europe had become established as the Silk Road. Textiles, technology and luxury goods were far from all that moved through these routes. Seeds of the apple tree moved from Kazakhstan to China in the East and Europe in the West. During this time, the modern apple was exposed to the genes of many related species. The European crabapple and other species in the genus Malus hybridized with these ancestral apples. This trade of genetic material jumpstarted the diversity of apples that we see today.

Johnny Appleseed and the American apple

Most people today (or at least most Americans) would not think of the apple as an exotic Asian fruit. Apples are considered as American as baseball, freedom, and of course… apple pie. However, like most “uniquely American” things, the apple was simply changed into its modern form in America.

Originally, most apples were used to brew hard cider. The majority of apples in American were genetically similar to crabapples and were too bitter to eat. These fruit could, however, be fermented into a palatable, and alcoholic beverage. Hard cider was a common beverage in the colonies served at all meals. The lack of reliable clean water meant that the alcoholic cider was a far safer alternative. For those who wanted something stronger, cider could be partially frozen to concentrate the alcohol into applejack.

Eventually this led to the temperance movement condemning apples as evil. They encouraged the burning and killing of apple trees. As prohibition began at the start of the 20th century, FBI agents would chop down orchards of apples to enforce the law. Clearly, the apple has taken on a new identity since then.

As settlers began to move West from the colonies, so did apples. Along with the settlers came apple orchards. Most of these offered cuttings of their apple trees for settlers to plant. This ensured that the tree would have sweeter and larger apples, matching those of their parent tree. Planting apples from seed was a gamble, likely to produce inedible apples that needed to be fermented to be used.

One man ran his apple business differently. John Chapman (known to us as Johnny Appleseed) was part of the Swedenborgian Christian church, and practiced naturalistic, earth-focused version of Christianity. Chapman’s faith and convictions led him to believe grafting apples was unnatural and “wicked”. Therefore, he grew all his apples from seed, planting orchards from Pennsylvania to Illinois. He would sell these apples trees to settlers also sharing his faith, worldview and philosophy.

Though Johnny Appleseed has taken on mythic proportions in the American consciousness, the historical man’s physical legacy lives on. By planting apples from seed, Chapman created many new, uniquely American varieties of apples.  Cuttings from these trees are still grown today, though it is hard to say exactly which he planted.

Today apples are grown in every single state in the US. Though Americans now eat more bananas than apples, the American apple industry is still generates $2.7 billion annually.

Internationally, China is an even bigger supplier of apples, growing half of the global supply.

The apple has stood the test of time. It is a unique fruit that has made it from a small region of Asia to becoming a global cash crop. This fascinating history gives insight into the process of domestication and the way humans fundamentally change evolution. How the apple became such a ubiquitous, iconic fruit across the globe

For more about the apple (and other common crops), check out the book “The Botany of Desire,” by Michael Pollan.

Food of the future: breadfruit is resistant to climate change
News coming your way
The biggest news about our planet delivered to you each day