Our gut microbiome is shaped by what we eat • Earth.com 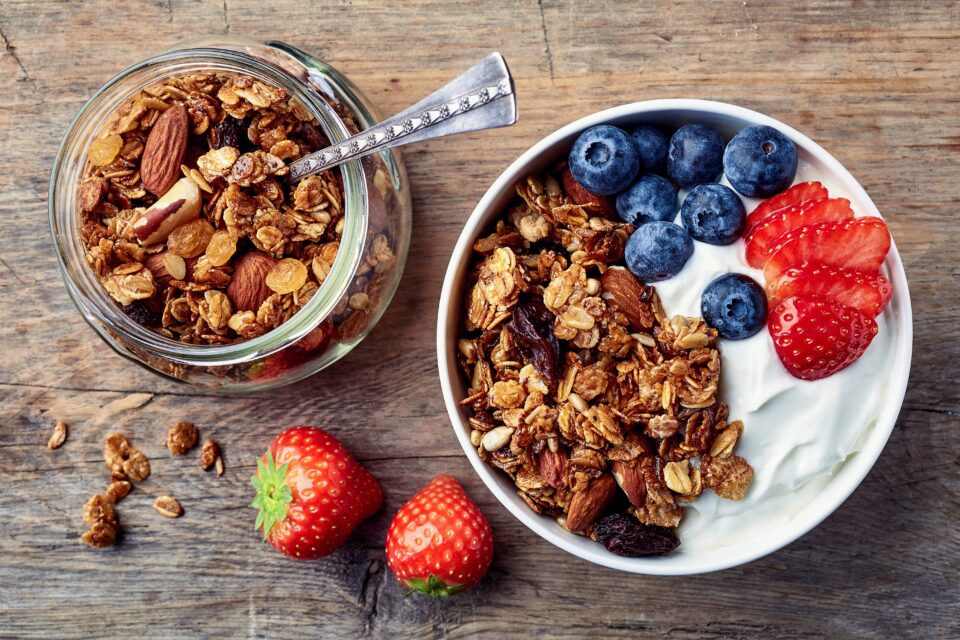 Our gut microbiome is shaped by what we eat

The gut microbiome is defined as the collection of microbes that inhabit our digestive tract. These intestinal communities play a significant role in human health and disease, and are involved in processes such as metabolism, immunity, growth and the digestion of certain carbohydrates. In particular, an imbalance (dysbiosis) in the numbers or variety of microbial species in the gut is believed to be important in inflammatory bowel disease (IBD), immune disorders, neurodegenerative diseases, and cancer.

And now, a recent study led by Dr. Seth Rakoff-Nahoum from the Divisions of Infectious Diseases and Gastroenterology at Boston Children’s Hospital, has found that the nature of the sugars in our diet also affects the balance between gut microbe species. Some species thrive in the presence of a certain dietary sugar, while others die off. The research focuses on the response to different sugars by Bacteriodes, the predominant Gram-negative bacteria in the human intestine.

“We need to learn how each species and strain of the gut microbiome, in particular Bacteroides species, survive in our guts if we want to enhance them or diminish them,” said Dr. Rakoff-Nahoum. “Gut bacteria compete to use the undigested sugars in our diets as their energy source. Some have half their genome dedicated to better using these sugars.”

The bacteria in the gut also produce thousands of different chemical metabolites as a result of their own activities, and these influence the survival of competing microbes.

For example, butyrate is a short-chain fatty acid, produced in the gut as a result of carbohydrate digestion by bacteria. Although this substance plays a critical role in the development of the immune system in humans, the microbes are ambivalent about it – some thrive in the presence of butyrate while others die.

When the researchers grew Bacteroides in different sugars from the human diet, they found that butyrate’s antimicrobial effect depended on what sugar each strain was using.

“If you take any two strains and grow each in Sugar X, in the presence of butyrate, Strain A will be killed dead in its tracks while Strain B grows as if butyrate was not even there,” explained Dr. Rakoff-Nahoum. “With Sugar Y, we see the opposite: Strain B is now killed by butyrate, while Strain A is unaffected.”

When trying to understand why the presence of butyrate kills some Bacteroides but not others, the researchers identified a third factor – genetics. Slight variations in genes affecting Coenzyme A metabolism resulted in differing sensitivity to butyrate among Bacteroides strains.

“We initially thought these genes would be very similar among all bacteria, as they perform basic cellular functions,” said Dr. Rakoff-Nahoum. “But the Bacteroides  change them, likely to help them deal with the special environment in our gut.”

The findings, published online today in the journal Cell, indicate that the gut microbiome, when exposed to a different type of sugar in the diet, may initially suffer losses in terms of microbe diversity and number. However, over time the microbial communities become adapted to the presence of the sugar. In this way our gut microbiome is shaped by what we eat, on an ongoing basis.

This is particularly relevant in light of the fact that sugar is added to many foods in the Western diet, in order to make them appealing. In addition, since people are more aware of the importance of controlling calorie intake, cane sugar (sucrose) is often replaced by alternatives such as corn syrup and low-calorie sugars. The study’s results suggest that our gut microbes will be affected by the presence of these different sugars.

According to the study authors, this work is just the beginning. “We want to explore how combinations of metabolites and specific glycans in the diet can help us shape the microbiome for conditions in which we think the microbiome is important, such as IBD, allergy, and cancer,” said Dr. Rakoff-Nahoum.