Overconsumption is the leading cause of environmental disaster • Earth.com 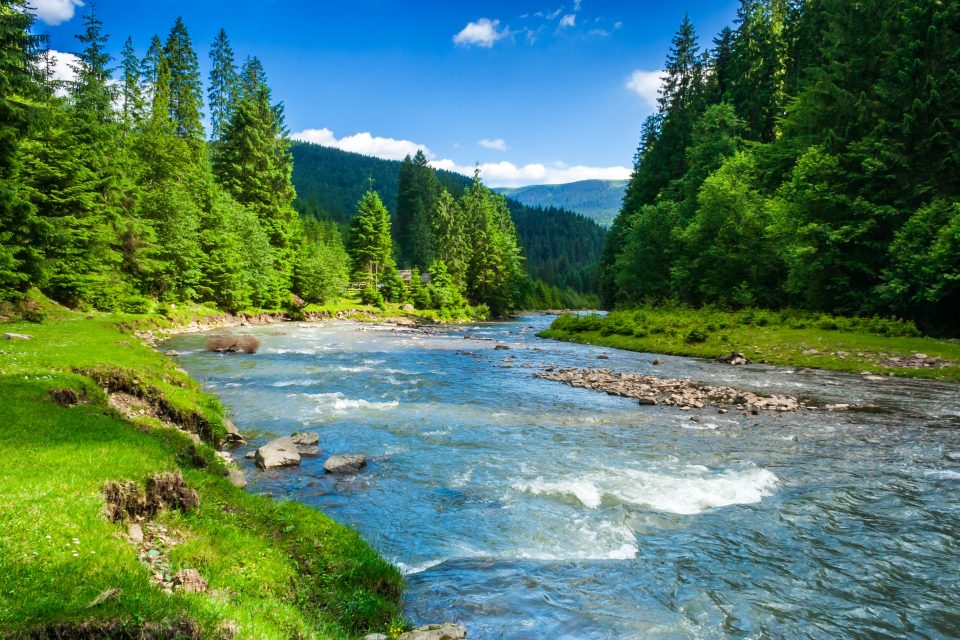 Overconsumption is the leading cause of environmental disaster

After analyzing evidence on the link between the economy and the environment, a team of experts has determined that wealth and overconsumption are the biggest economic drivers of environmental disasters such as climate change.

Even today’s technology cannot keep pace with human overconsumption, and playing a central role in the degradation of the natural world are the wealthiest and most affluent people.

According to the researchers, the world’s affluent citizens are responsible for most environmental impacts, which means their actions will help to determine whether there is a chance for retreating to safer conditions in the future.

When working toward sustainability, the experts explained that technology will only get us so far, and that drastic changes in lifestyles and economic models are needed.

Study lead author Professor Tommy Wiedmann heads the Sustainability Assessment Program in the School of Civil and Environmental Engineering at the University of New South Wales.

“Recent scientists’ warnings have done a great job at describing the many perils our natural world is facing through crises in climate, biodiversity and food systems, to name but a few,” said Professor Wiedmann. “However, none of these warnings has explicitly considered the role of growth-oriented economies and the pursuit of affluence.”

“In our scientists’ warning, we identify the underlying forces of overconsumption and spell out the measures that are needed to tackle the overwhelming ‘power’ of consumption and the economic growth paradigm – that’s the gap we fill.”

“The key conclusion from our review is that we cannot rely on technology alone to solve existential environmental problems – like climate change, biodiversity loss and pollution – but that we also have to change our affluent lifestyles and reduce overconsumption, in combination with structural change.”

In the last 40 years, the growth of wealth has consistently offset any gains toward efficiency and sustainability.

“Technology can help us to consume more efficiently, i.e. to save energy and resources, but these technological improvements cannot keep pace with our ever-increasing levels of consumption,” said Professor Wiedmann.

Study co-author Julia Steinberger is a professor of Ecological Economics at the University of Leeds. She noted that affluence is often portrayed as something to aspire to, yet the research has shown that it is actually dangerous and leads to planetary-scale destruction.

“To protect ourselves from the worsening climate crisis, we must reduce inequality and challenge the notion that riches, and those who possess them, are inherently good,” said Professor Steinberger.

Study co-author Lorenz Keysser of ETH Zurich said that consumption by affluent households worldwide is “by far the strongest determinant – and the strongest accelerator – of increased global environmental and social impacts.”

“Current discussions on how to address the ecological crises within science, policy making and social movements need to recognize the responsibility of the most affluent for these crises,” said Keysser.

The researchers emphasized that overconsumption and affluence need to be addressed through lifestyle changes. At the same time, broader economic changes are needed.

“Individuals’ attempts at such lifestyle transitions may be doomed to fail, because existing societies, economies and cultures incentivise consumption expansion,” said Professor Wiedmann.

“So, we have to get away from our obsession with economic growth – we really need to start managing our economies in a way that protects our climate and natural resources, even if this means less, no or even negative growth.”

“In Australia, this discussion isn’t happening at all – economic growth is the one and only mantra preached by both main political parties. It’s very different in New Zealand – their Wellbeing Budget 2019 is one example of how government investment can be directed in a more sustainable direction, by transforming the economy rather than growing it.”

According to the researchers, sustainable economic growth is a myth. Professor Wiedmann explained that as long as there is growth in economies and populations, environmental impacts will only increase.

Professor Wiedmann’s team will continue to investigate ways for minimizing the environmental impacts of human overconsumption by using computer models to analyze the future of different economies alongside potential sustainable renovations.

“We have already started doing this with a recent piece of research that showed a fairer, greener and more prosperous Australia is possible – so long as political leaders don’t focus just on economic growth,” said Professor Wiedmann.

“We hope that this review shows a different perspective on what matters, and supports us in overcoming deeply entrenched views on how humans have to dominate nature, and on how our economies have to grow ever more. We can’t keep behaving as if we had a spare planet available.”