Study finds that overweight people may be more likely to have overweight dogs • Earth.com 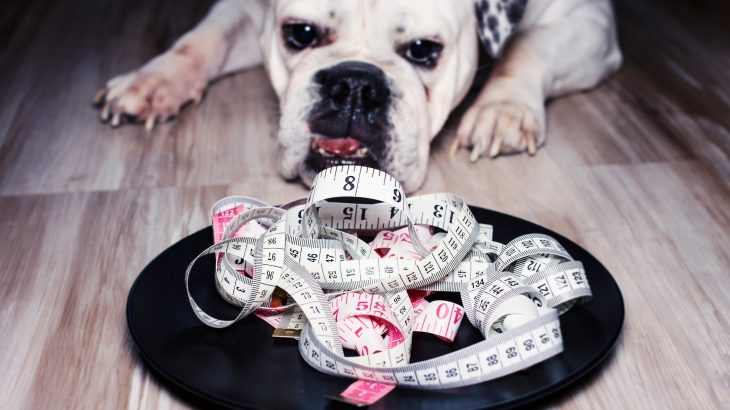 Researchers at the University of Copenhagen have identified a correlation between unhealthy weight in dogs and their owners. Compared to pet owners who maintain a healthy weight, overweight or obese individuals are more than twice as likely to have a heavy or obese dog.

This can be partly explained by how people are managing their dog’s treats, according to the study. Overweight dog owners were found to have a tendency to give their dogs treats as a comfort food.

“Whereas normal weight owners tend to use treats for training purposes, overweight owners prefer to provide treats for the sake of hygge,” said study lead author Charlotte R. Bjørnvad. “For example, when a person is relaxing on the couch and shares the last bites of a sandwich or a cookie with their dog.”

For the investigation, the team recruited 268 adult dogs from animal clinics. Overall, 20 percent of the dogs were either heavy or obese.

“Oftentimes, people don’t consider their dog’s weight status to be a problem. And this might contribute to a dog’s being overweight. But being heavy or obese does have a great impact on dog health – which on average results in a shortened lifespan,” explained study co-author Peter Sandøe.

Previous studies have shown that heavy dogs live an average of 1.3 years less than dogs on restrictive diets, which may be driven by an earlier development of osteoarthritis.

The researchers also investigated how castration and sterilization may affect a dog’s weight. The study revealed that castrated male dogs are three times more likely to have weight problems, while sterilization seemed to have no impact on the weight of female dogs.

“When males are castrated, they face just as high of a risk of becoming overweight as females. Castration seems to decrease the ability to regulate the appetite in male dogs and at the same time, it might also decrease the incentive to exercise which results in an increased risk of becoming overweight. Therefore, an owner should be careful about how they feed their dog after it has been castrated,” said Bjørnvad.

“They might even want to consider not neutering. As long as there are no runaway females in the area, there are in most cases no reason to neuter,” noted Sandøe.

The study is published in the journal Preventive Veterinary Medicine.