Meet the pangolin: The world's most trafficked mammal • Earth.com 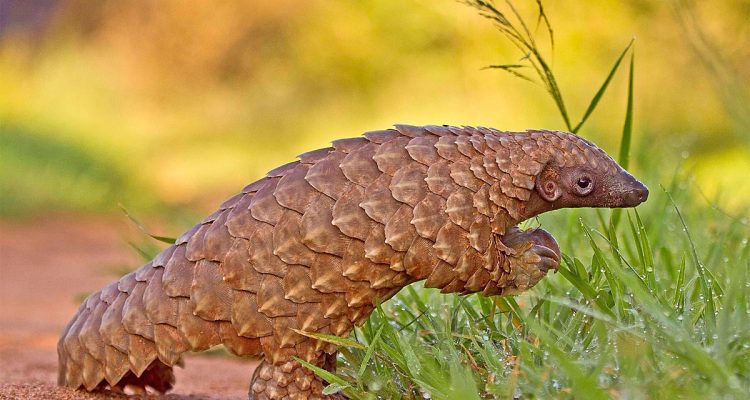 Meet the pangolin: The world's most trafficked mammal

Because of its distinctive coat of hard shells, the pangolin, or scaly anteater, has been called the world’s most heavily trafficked mammal. More than 1 million have been poached in the past decade, threatening the creature with extinction, according to the International Union for the Conservation of Nature.

Although a global wildlife summit last week banned all trade of pangolins, doubts remain whether that will stop their illegal traffic in Africa fueled by growing demand from Asian consumers, particularly in China.

Commercial trade is now forbidden in all eight pangolin species, according to decisions made last week at the conference in Johannesburg of the Convention on Trade in Endangered Species of Wild Fauna and Flora, or CITES.

In Vietnam and some parts of China, pangolin meat is considered a delicacy, while its scales of keratin, the protein in fingernails and rhino horn, are widely used in traditional Chinese medicine. Demand for the two products is causing rampant poaching that is decimating the pangolin population in East and Central Africa.

The poaching discovered in Uganda and other African countries is only “the tip of the iceberg,” said Anne-Marie Weeden, general manager at the Uganda Conservation Foundation. Poverty and lack of conservation awareness encourage poaching, as poor rural people do not see value in protecting animals that can be sold to traffickers for hundreds, even thousands, of dollars.

“People need to have a meaningful alternative source of income and have to benefit from the national parks they live next door to,” Weeden said.

Traffickers from Kampala, Uganda’s capital, usually drive from village to village to get whole pangolins or scales directly from the locals. The traffickers then sell them with a bigger margin to middlemen in Kampala or directly to Chinese buyers, who are connected to corrupt agents at airports and border points who turn a blind eye to their shipment of scales.

Recently, poachers could sell 1 kilogram of pangolin scales for about $45 to a middleman, who in turn could sell it for much more, between $73 and $100, to agents for Chinese buyers. Prices jump again once the scales reach Asia.

The scales account for about 20 percent of a pangolin’s weight.

The illegal trade of pangolins is “booming,” said Abel Ahabwe, head of investigations for the conservation network. “The problem is getting worse. One day you are coming up with one way to catch them, but they keep changing their methods.”

In April, four men were caught trying to sell two live pangolins in Uganda’s northern city of Kitgum for about $15,000. One was a local policeman, who was acquitted while the other three received a three-month prison sentence. Many traffickers are connected to the police or military forces, Ahabwe said.

The Uganda Wildlife Authority said it is aware of the problem. “We are moving in the right direction, with awareness, sensitization, and we think we will be able to deal with this,” said Edgar Buhanga, its deputy director of planning. A new wildlife conservation law is being considered that will have stiffer penalties and prison sentences for traffickers.

However, Uganda’s wildlife authority itself has come under fire for corruption, notably when 1.5 tons of ivory vanished from government storerooms in 2014. The authority’s executive director was suspended and then reinstated a few months later.

Denis Odong, a ranger at Kidepo Valley National Park, close to South Sudan, has seen only one pangolin in his eight years of service.

“Pangolin scales are worth a lot on the market,” he said. He is researching whether the park’s policy of sharing its revenue with surrounding communities actually decreases poaching. Uganda’s parks distribute 20 percent of their entrance fees to local communities.

Although he admitted to once having eaten pangolin meat at a restaurant a few years ago, Odong said he has changed his mind: “Pangolins need to be protected.”

The International Women’s Media Foundation supported Franchineau in her reporting in Uganda as part of its Africa Great Lakes Initiative.