Parasitic plant can control the genes of its host plant • Earth.com 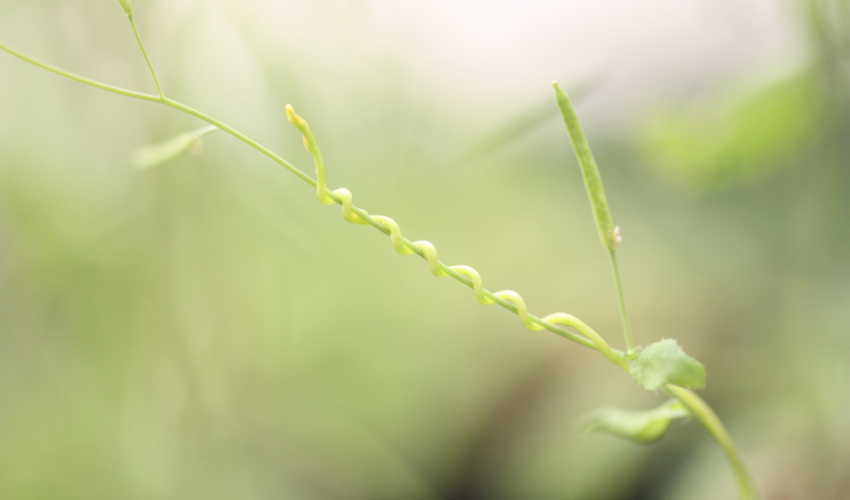 Parasitic plant can control the genes of its host plant

Parasitic plants and pests are a major concern for farmers as they can damage crops and harvests.

Researchers are scrambling to create crops that are resistant to parasites, diseases, and pests, and can handle harsher environments.

However, in order to genetically modify crops to resist parasites and disease, researchers need to understand exactly how the parasite or disease in question attacks its host plant.

A new study has revealed that the dodder, a parasitic plant that wreaks havoc on crops around the world, can stop its host plant’s defense system by silencing the expression of genes that guard against parasites. The dodder is then able to freely feed off the nutrients of its host plant.

In short, the parasitic plant regulates and controls the genes of its host plant, and this is something that has never been recorded or seen before from parasite-host plant relationships.

The study was conducted by researchers from Penn State and Virginia Tech and published in the journal Nature.

The research team sequenced the microRNAs in tissue samples from the dodder plant, the host plant, and combinations of the two.

MicroRNAs are small pieces of nucleic acid, the basic component of DNA and RNA that can bind to messenger RNAs which build proteins.

If the microRNAs bind to the messenger RNA, it can halt the production of protein and silence the expression of important genes in the cells.

“Dodder seems to turn on the expression of these microRNAs when it comes into contact with the host plant,” said James H. Westwood, a co-author of the paper. “What was really interesting is that the microRNAs specifically target host genes that are involved in the plant’s defense against the parasite.”

After sequencing and comparing the genomes of the different plants and plant combinations, the researchers found dodder microRNAs in the tissue of its host plant.

The results also showed that messenger RNAs were reduced when exposed to microRNAs from the dodder plant.

The dodder can specifically target the messenger RNA that activates the host plant’s defense system and siphon nutrients from its host.

“So, with this knowledge, the dream is that we could eventually use gene editing technology to edit the microRNA target sites in the host plants, preventing the microRNAs from binding and silencing these genes,” said Michael J. Axtell, a fellow author of the study.  “Engineering resistance to the parasite in this way could reduce the economic impact of the parasite on crop plants.”