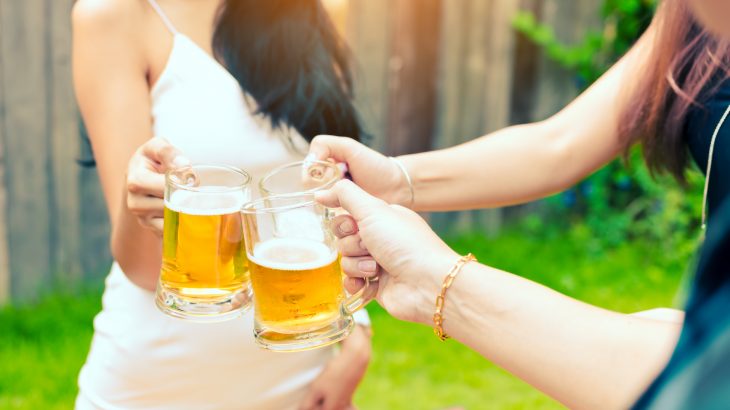 Researchers at the University of Cambridge have found that when parents have lenient attitudes about their child’s alcohol use, the child is more likely to start drinking on a regular basis. According to the study, a laid back approach to underage consumption among the parents also leads children to drink more heavily compared to their peers.

Many studies have demonstrated a link between alcohol use among children and their parents’ behavior in the home, yet how parental attitudes toward drinking may influence a child’s level of alcohol consumption has remained unclear.

A team of experts led by Mariliis Tael-Oeren set out to investigate by reviewing published articles about the relationship between parental attitudes and underage alcohol use. The researchers analyzed the most relevant information from 29 articles, which included data from more than 16,000 children and 15,000 parents in the United States and Europe.

“Our study suggests that when parents have a lenient attitude towards their children drinking alcohol, this can lead to their child drinking more frequently – and drinking too much,” said Tael-Oeren. “Although the data was based on children and their parents in the US and Europe, we expect that our findings will also apply here in the UK.”

“This mismatch doesn’t mean that children perceive parental attitudes completely differently from their parents,” said Tael-Oeren. “Instead, it could be that their perceptions are skewed towards thinking their parents have more lenient attitudes. This could be because their parents haven’t expressed their attitudes in a way that the children really understand.”

“Alcohol use can be problematic, particularly among young people. It’s important that children understand the short and long term consequences of drinking. If parents don’t want their children to drink, then our study suggests they need to be clear about the message they give out.”

“Alcohol use is influenced by a variety of factors, including attitudes and social norms,” noted Professor Sutton. “If the social norm supports parents introducing alcohol to children, children might mistakenly assume that their parents are more lenient, even when this is not the case.”

The research is published in the journal Addiction.