Penguins are more mobile, and more threatened, than expected • Earth.com 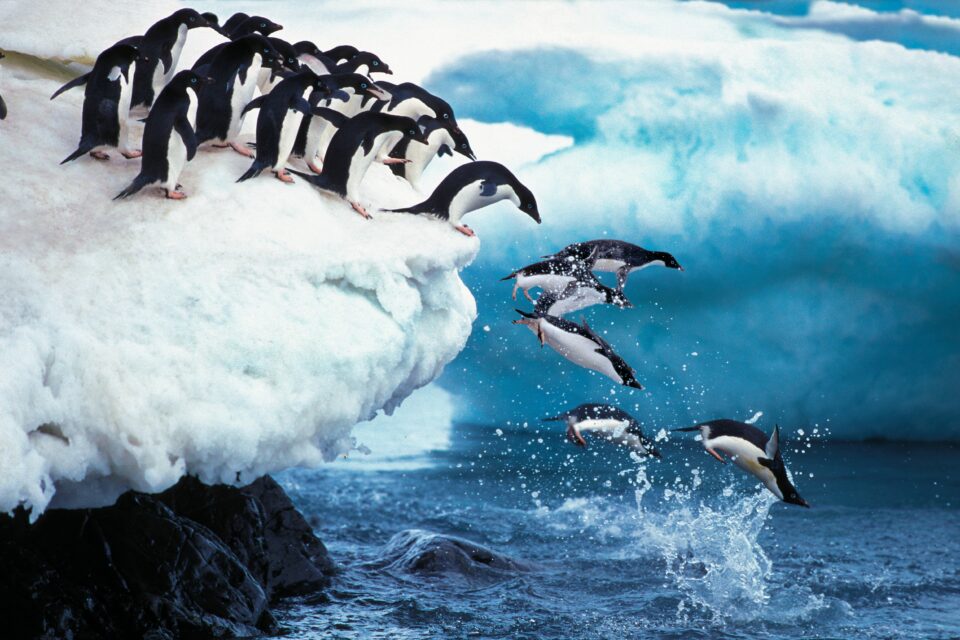 Penguins are more mobile, and more threatened, than expected

The analysis of 131 papers on penguins has confirmed that the marine birds need protection. The research, published in the September issue of Marine Policy, comes as the UN is negotiating a treaty on the sustainable use of international areas in the high seas.

“In the marine environment, coastal states typically retain management of waters up to 200 nautical miles from their shorelines, but beyond that, the high seas, which represent 64 percent of the ocean’s surface and 95 percent of its volume, are considered global commons,” explained study first author Jean-Baptiste Thiebot, a researcher at the National Institute of Polar Research.

“Penguins are, largely, ocean wanderers: they venture well offshore during some – or all – of their life stages. Hence, while the public may not think of penguins as traveler animals, we show that penguins are indeed extremely mobile. This mobility also widens the range of threats that they may face at sea, and, in particular, human activities that are intensifying in the high seas.”

According to Thiebot, much of this penguin movement is wide ranging and involves international migration.

“Transboundary movements, notably to areas beyond national jurisdiction, are remarkably prevalent among penguin species – there are at least 120 cases of penguins, representing 13 species, using such areas. We highlight that in 16 of the 18 species examined, the birds may undertake spectacular migrations, seasonally or through life-cycle stages.”

Due to their mobility, as well as to the wide range of threats posed to them by pollution, fishing, and climate change, Thiebot suggests there is a need for flexible conservation.

“We show that the use of areas beyond national jurisdiction by penguin species varies throughout the year, a dynamic pattern supporting the pertinence of developing innovative protection tools, such as mobile marine protected areas,” said Thiebot.

Although the research focused on penguins, it can be seen as part of a greater call for more care of the high seas.

“The current paper is part of a large effort by scientists worldwide to explain the stakes of protecting this biodiversity in the high seas. In the present paper, we examined to what extent penguins are known to use the high seas, and to what extent the conservation of penguins may depend on these legally binding developments.”

The scientists see this paper as just the first step with more research needed in the near future.

“Building on our first-step general approach, further analyses will be required to identify exactly which sites in areas beyond national jurisdiction are a priority for conservation,” said Thiebot.

“In the meantime, the ongoing expansion of tracking studies will be key to provide a more complete perspective on the use of areas beyond national jurisdiction by penguins across species, sites and seasons.”