People who live through war are more likely to turn to religion • Earth.com 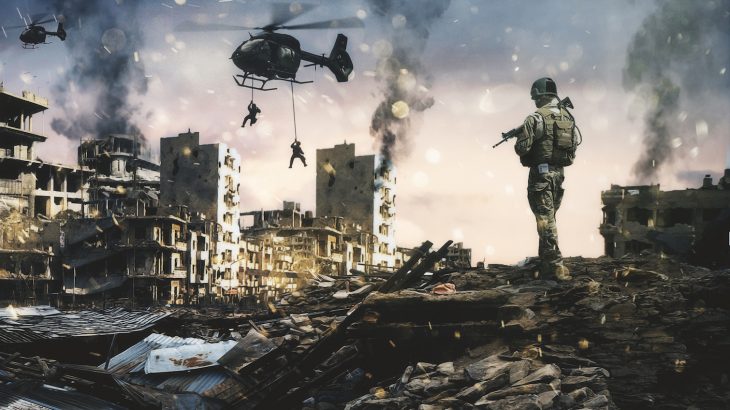 A new study has found that people who live through the traumas of war and see their loved ones killed or injured in conflict are more likely to turn to religion.

The research was conducted by Joseph Henrich, the chair of the Department of Human and Evolutionary Biology at Harvard University, and was published in the journal Nature Human Behavior.

Henrich has previously studied the link between conflict and how it can prompt cooperation within a group.

“The idea is that if you can expand the sphere of cooperation, then that group can more successfully compete against others, sometimes even through violent conflict,” Henrich told the Harvard Gazette.

Expanding on his previous work, Henrich wanted to explore the links between conflict and religiosity and surveyed people who had lived through armed conflicts.

As part of the study, researchers interviewed 1,700 people in villages in Sierra Leone, which was devastated by an eleven-year armed conflict from 1991 until 2002, Tajikistan, which is still struggling years after a civil war that amassed a huge number of casualties, and Uganda.

“In places like Sierra Leone, both the rebels and the government would go into villages and fire indiscriminately,” said Henrich. “Some people would be killed or injured and others wouldn’t. That creates a natural experiment — some people are more exposed to the war, and some people are less exposed, and then we were able to look at the effect of having this shock on their religiosity.”

In Sierra Leone, exposure to war traumas coincided with a 12 percent increase in membership to a religious group.

Experiencing a war trauma was also associated with a higher likelihood of attending services and emphasizing the importance of religion in one’s daily life.

“One of the more interesting findings was that in some cases we found the effect endures,” said Henrich. “In Tajikistan we find the effect even 13 years post-conflict, and there’s no sense in which it declines.”

According to Henrich, the research shows that the shock and trauma a nation faces during a conflict or war can be a powerful instigator for social change.

“Because it has this psychological effect, when you shock a population … new institutions that were impossible previously are more likely to emerge,” said Henrich. “So these war shocks may redirect history in different directions by reshaping institutions and influencing how people think.”