The personalities of animal owners are reflected in their pets • Earth.com 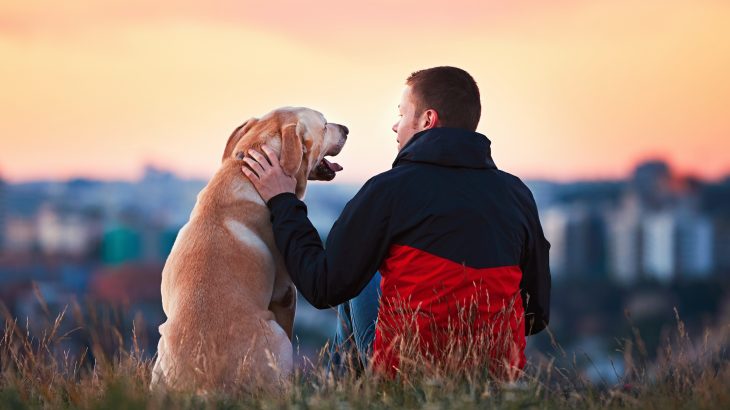 The personalities of animal owners are reflected in their pets

A growing collection of studies has revealed that pets and owners share many of the same personality traits. This phenomenon could be explained by the shared experiences between humans and their beloved animals, or by the simple fact that people are drawn to pets that they feel resemble themselves.

“Given the tight psychological connections between people and their pets, it’s likely that dogs and cats are suited to different human personalities,” said University of Texas psychologist Sam Gosling.

In 2010, Gosling used an online survey to investigate the characteristics of people who identify as being either dog people or cat people. Based on the personality tests of 4,565 participants, Gosling concluded that “there is some truth to the widely held view that, in general, the personalities of dog people differ from those of cat people.”

Dr. Stanley Coren conducted his own research and reported the findings in Psychology Today. While Gosling’s work was focused on the Big Five personality traits, Dr. Coren used the Interpersonal Adjective Scale to examine the social tendencies of pet owners. He noted similarities in the findings of both studies.

“The general pattern that comes out of both studies is that dog owners are more social, interactive, and accepting, and cat owners are more introverted, self-contained, and less sociable,” wrote Dr. Coren.

Earlier this year, researchers at Michigan State University surveyed the owners of 1,600 dogs, including 50 different breeds. The pet owners described their own personalities as well as the personalities and behavioral histories of their dogs.

The researchers discovered that dog personalities change over time and are influenced by their lifestyles and experiences as they grow older.

“Just like humans, dogs vary in their personalities. And they can potentially change over time. The dog you take home from the shelter isn’t the same dog you’ll have 10 years from now,” said lead author William Chopik.

The study also revealed that dog and owner personalities often mirror each other. Dogs who were anxious or aggressive were found to typically have owners who possessed negative personality traits, while active and outgoing dogs had owners who behaved the same way.

Chopik explained that people probably pick dogs that match their lifestyles, or that dog and human personalities merge over time as a result of shared lifestyles.

Psychologist Richard Wiseman also looked into the character traits of pets and their owners. He noted distinctive differences among the pet owners.”Fish owners were the happiest, dog owners the most fun to be with, cat owners the most dependable and emotionally sensitive, and reptile owners the most independent.”

Wiseman reported that most people attributed their own personality traits to their animals as well. This means that pet owners, whether dog people or cat people, look at their pets as a reflection of themselves.